A photo claiming to be proof of HUAWEI CFO Meng Wanzhou being freed by the Canadian court has gone viral!

Take a look at the photo, and find out what the FACTS really are!

“Canadian court have thrown out all detention charges against Meng Wanzhou.”

In the pic, the tracing device on her angle is being removed.

“The princess of Huawei free to return home in 4 days latest” it said. 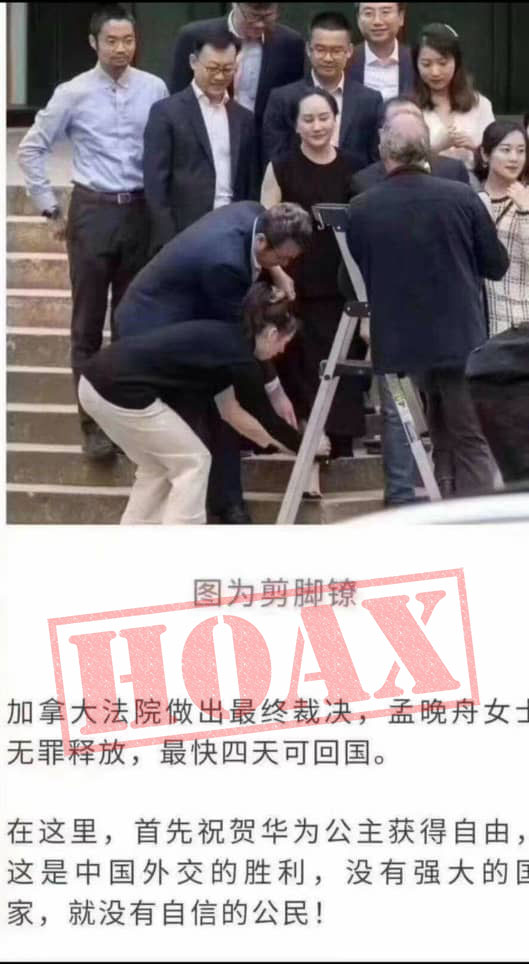 No, Canada Did NOT Release Meng Wanzhou

The picture is genuine, but the viral claim is FALSE. The truth is even more bizarre!

Fact #1 : Meng Wanzhou Is Still Under House Arrest In Canada

As of 11 September 2020, Meng Wanzhou is still under house arrest in Canada, awaiting the her extradition case in late September 2020.

Just five days ago, Global Times – a Chinese state-run media outlet – repeated the demand by Chinese ambassador to Canada that they release Meng Wanzhou to repair damaged relations between their two countries.

The photo being shared on social media is real, but it was from her staged photo op on 23 May 2020. As reported by CBC :

With a momentous court ruling that could deliver her freedom days away, Meng Wanzhou appeared to take a premature victory lap on the weekend, posing for pictures and flashing a thumbs-up on the steps of B.C. Supreme Court.

The Huawei executive took part in a staged downtown Vancouver photo shoot as security guards stood watch Saturday evening. She jumped out of a black SUV to take centre stage once a group of family and friends had arranged themselves in front of a photographer. 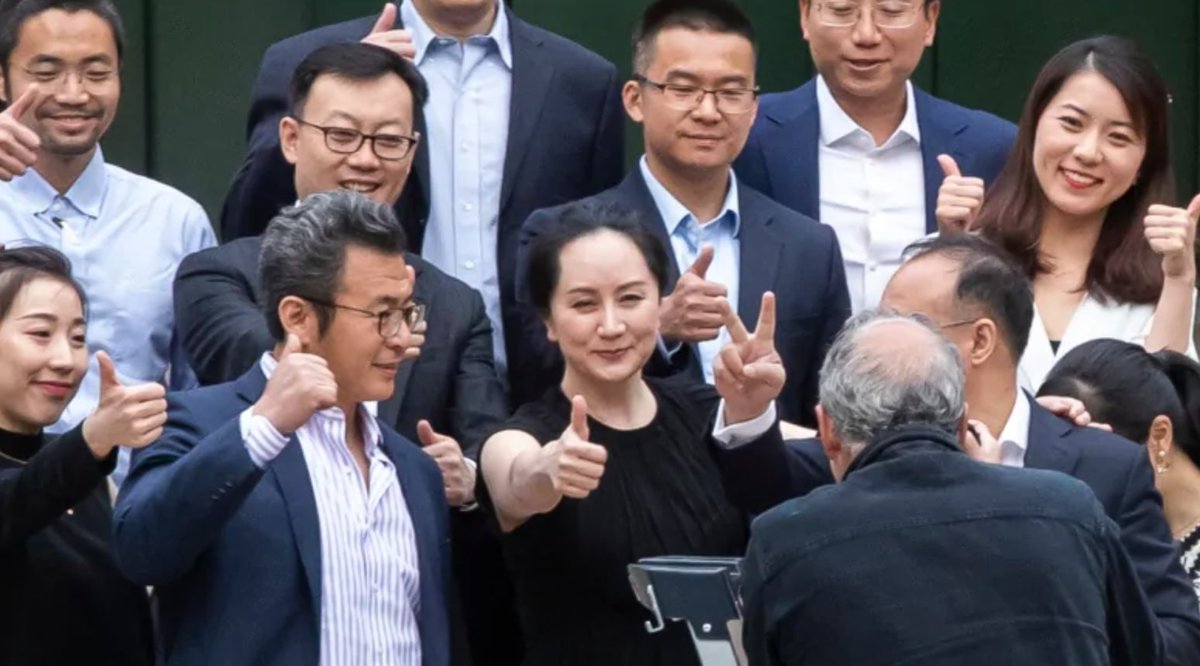 It’s truly bizarre that she would stage a victory photo op before the judge announce her decision.

More so when Associate Chief Justice Heather Holmes ruled against her on 27 May 2020, allowing the extradition case to proceed.

Fact #3 : They Were Not Removing Her Ankle Monitor

The photo that people were sharing as evidence that her ankle monitor was being removed was taken by Ben Nelms of CBC.

This was his description of the photo – Friends assist Meng with her GPS ankle monitoring bracelet as she prepares for photographs in front of the B.C. Supreme Court building.

Her ankle monitor was NOT being removed. They were just helping her cover it up for the photo op. As far as we know, she’s still wearing that GPS ankle monitor, as part of the requirement for her house arrest while awaiting trial. 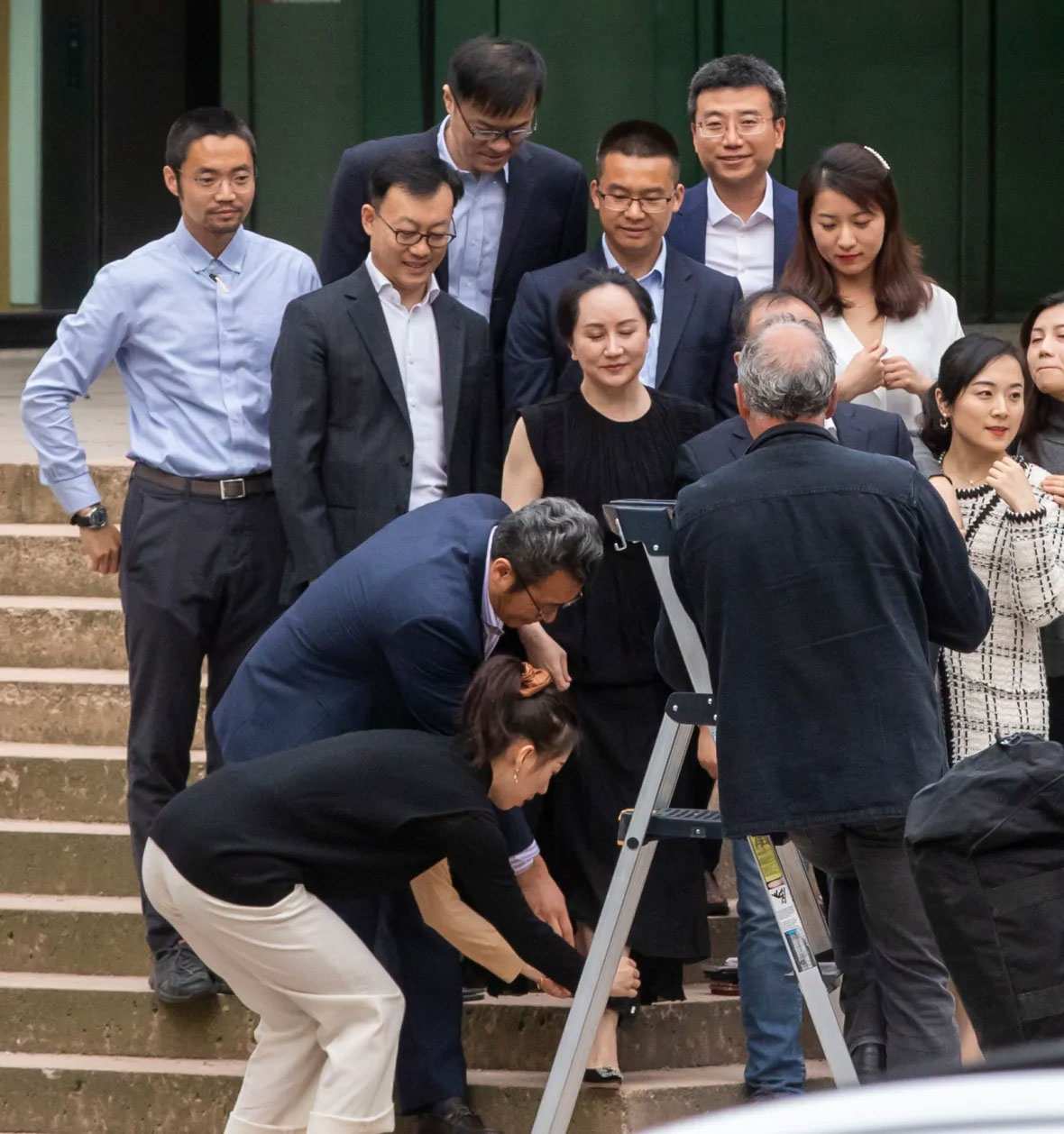 Fact #4 : She Is NOT Free To Return To China

The viral post claims that Meng Wanzhou is free to return to China in just 4 days at the latest. Sadly for her, that’s not true.

She remains under house arrest, and is unlikely to return to China anytime soon, as her extradition case will only start in late September 2020.

Why Would Someone Create This Fake Story?

With China’s aggressive foreign stance in recent years, it is not uncommon to see such fake stories being created and shared.

Some believe it’s part of a concerted attempt to burnish China’s image overseas.

Others believe the many fake stories are being created to drown out the negative coverage of China’s controversial Belt and Road Initiative, and their aggressive moves in the South China Sea.

Whatever the reasons may be, it is our duty as global citizens to stop the proliferation of such fake stories.

Please share this debunking with your friends, so they know the truth!

If you like this article, you can help support us by visiting our sponsors, or even donating to our fund. Any help you can render is greatly appreciated!