The Internet is laughing at US President Donald Trump for apparently mistaking Maradona for Madonna!

Find out what’s going on, and what the facts really are!

A screenshot of US President Donald Trump’s tweet about Diego Maradona’s death has gone viral on social media.

It showed him mistaking the Argentinian footballer for Madonna, the American singer-songwriter.

Very sad to hear about the death of Maradona. A great person. Her music was wonderful. I remember listening to her albums in the early 1980’s. Rest In Peace! 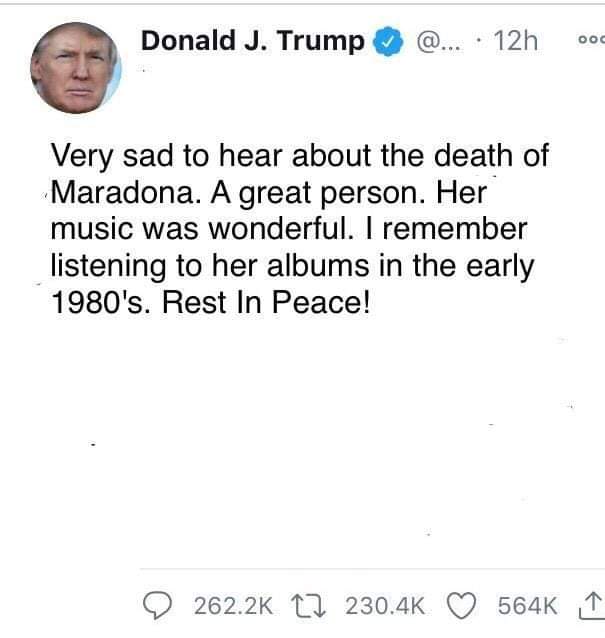 Donald Trump Could Have Mistaken Maradona For Madonna, But He Didn’t Post That

However, there is no evidence it was actually posted by the outgoing US President. Here is what we know so far…

Fact #1 : He Has Been Focused On The Elections And Michael Flynn

From the time Diego Maradona’s death was announced, it appears that Donald Trump was focused on posting fake news about the US Presidential elections, and pardoning Michael Flynn.

There was no mention of anything else, never mind Maradona or Madonna…

Fact #2 : The Donald Trump Tweet Appears To Be Edited

The Donald Trump tweet about Maradona appears to be edited. If you compare that viral tweet with the other two samples above, you will note that :

With about half a million retweets and comments, you would have expected more screenshots. Yet, that is the only screenshot being shared on the Internet…

Donald Trump has many followers, many of them members of the press who follow him to cover his many ridiculous tweets.

Yet not one member of the press has actually seen and confirmed that Donald Trump posted the tweet. We certainly did not see it.

Australian Prime Minister Scott Morrison was also a victim of a similar hoax, with a fake tweet on Madonna’s death going viral.

Fact #5 : Many People Are Mistaking Maradona For Madonna

It is, of course, not inconceivable for Donald Trump to mistaken Maradona for Madonna.

After all, even ordinary netizens have been posting messages of condolences about Madonna’s premature death…

Let us be very clear. The Argentinian footballer, Diego Maradona (left) is the one who died. Not the American singer-songwriter, Madonna (right). 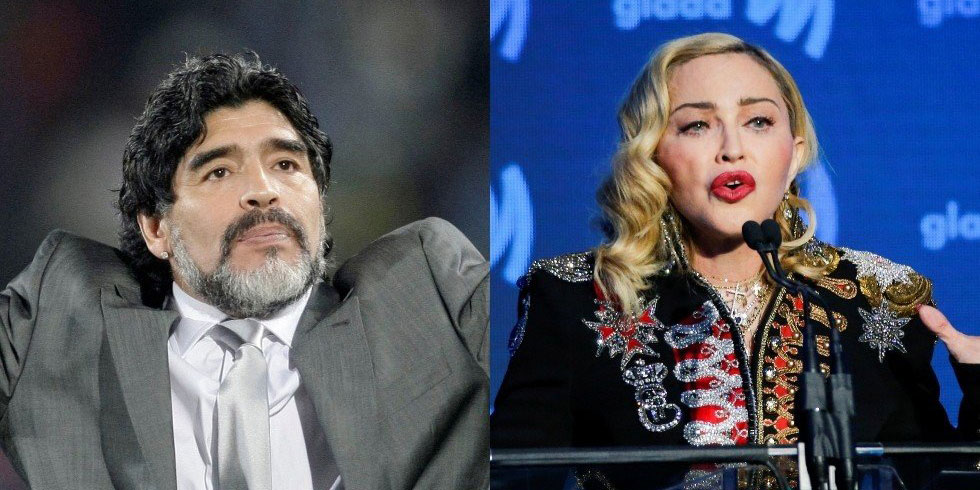 Go Back To > Hoaxes & Scams

If you like our work, you can help support us by visiting our sponsors, or even donating to our fund. Any help you can render is greatly appreciated!