The Internet exploded recently over the epic trolling of Brendan Sullivan by his friend, Robert Graves. There was no doubt who was intellectually superior. It was not a debate, not even a contest. It was like teasing a cat with a laser pointer. A cat who cannot understand why the red dot is so enticing, or why everyone’s laughing at it…

It started with Brendan’s comment on gay marriage and snowballed over 15 other posts on everything from marijuana, Donald Trump to movie reviews! Enjoy!

Or maybe this one – Brendan’s fifth post on gay marriage… 😀 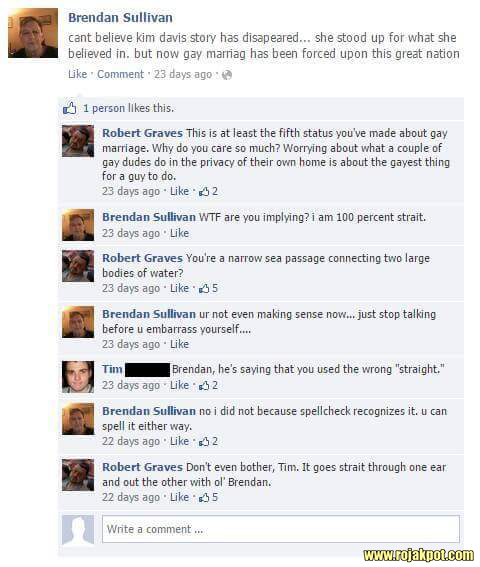 Brendan reviewed The Martian, which he thinks is dumb because Matt Damon cannot possibly live on Mars for so long since there is “no sound in space“. Yes, Brendan thinks humans survive based on their ability to make or hear sound… 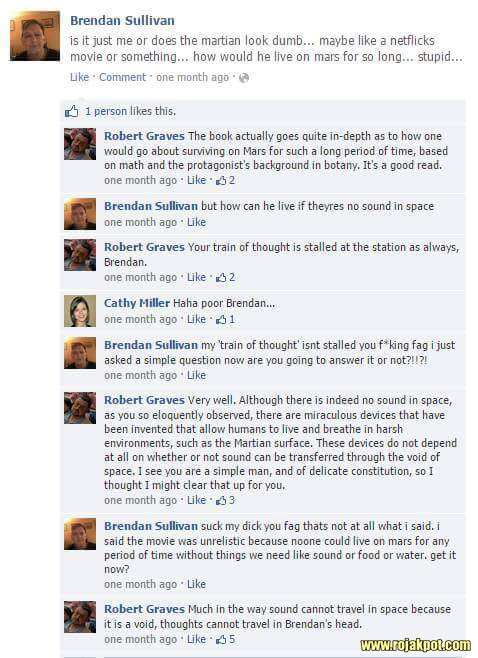 He then gives Fight Club a perfect score of 5/7. Robert aptly calls it “Sullivan’s Theorem“. 😀 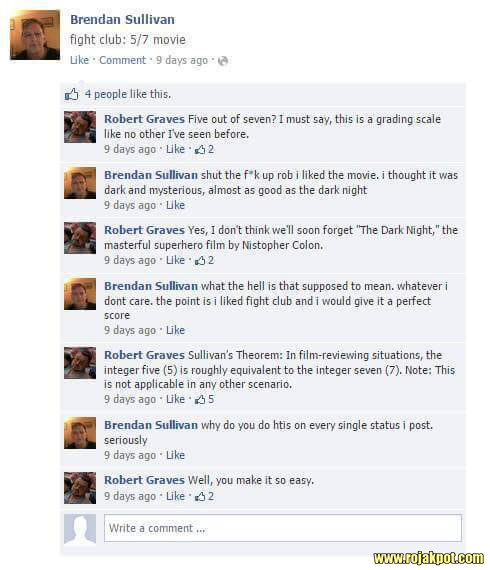 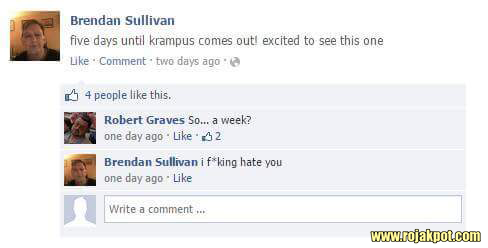 Brendan seems to have a loose grasp of whether Toy Story 3 comes before or after Toy Story 3… LOL! But Robert helped him apply “Sullivan’s Theorem“. ;) 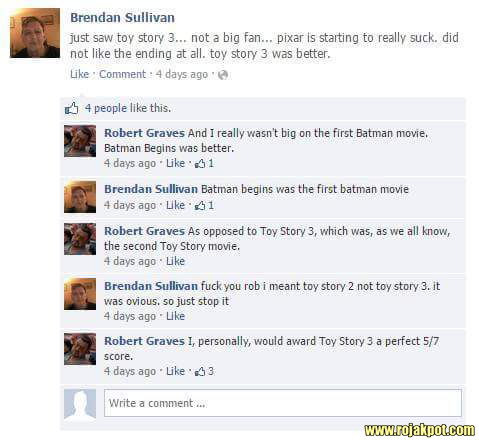 Of course, Robert’s trolling didn’t go well with everyone… even when Brendan made a hilarious post about Mighty Python. 😀 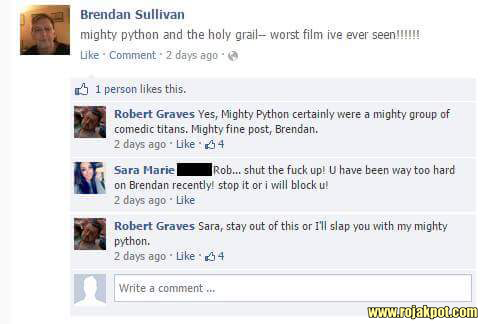