A photo of Luxembourg PM Minister Xavier Bettel and his same-sex partner, Gauthier Destenay is going viral across the Internet.

The only problem? That is NOT them. Here are the facts! 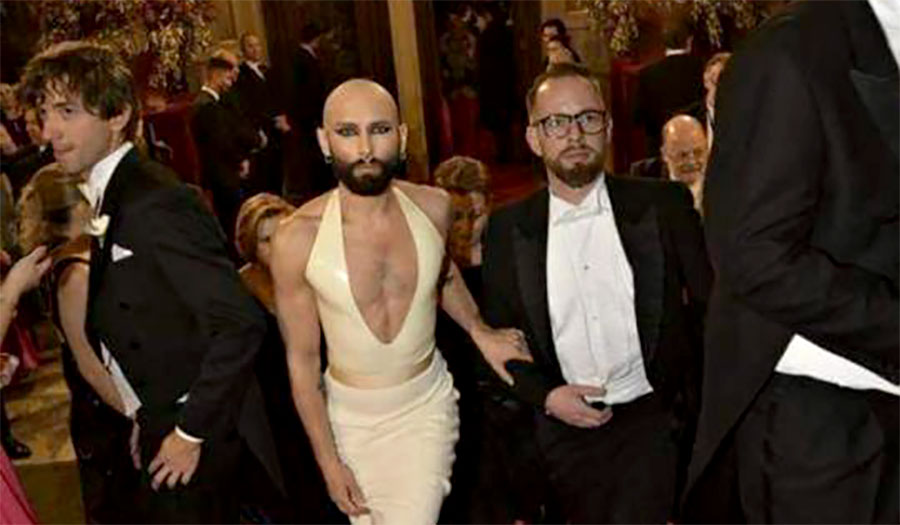 The Viral Photo Of Luxembourg PM And His Same-Sex Partner

Making the rounds today is a viral photo of what people are claiming is of Luxembourg PM Xavier Bettel and his same-sex partner, Gauthier Destenay. Take a look : 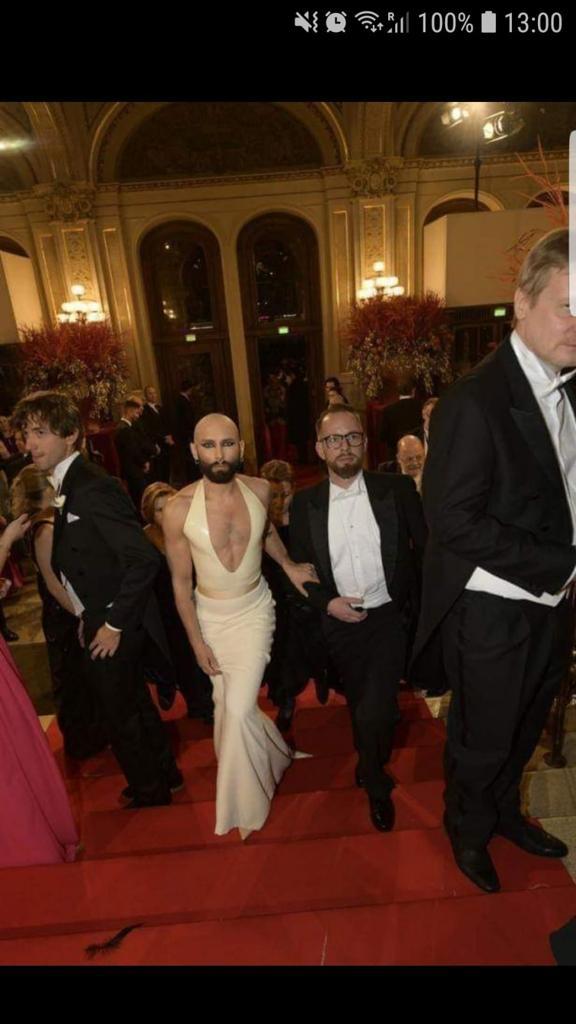 Anyone who has actually seen Xavier Bettel or his partner, Gauthier Destenay, would immediately realise that that’s not them.

Anyone who has seen the Eurovision Song Contest would also have known that that’s not them.

That is famous Austrian singer and drag queen, Conchita Wurst, and the picture was taken at the 2019 Vienna Opera Ball on 28 February 2019. 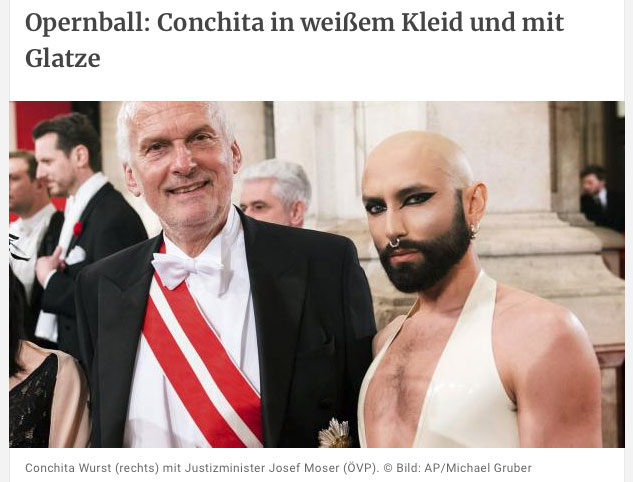 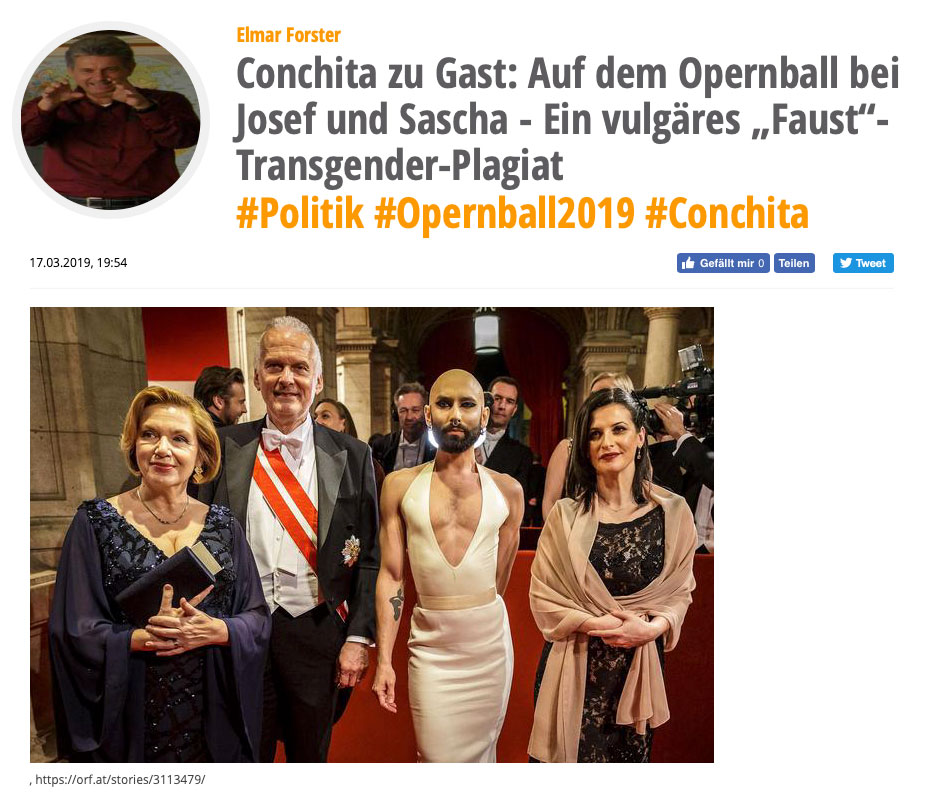 Conchita is actually the drag queen persona (with a fictional back story) of Thomas Neuwirth, who is gay. She is best known for winning the Eurovision Song Contest 2014.

Here is an interesting note about the character’s name. Conchita is a Spanish slang word for vagina, while Wurst is a German slang word for penis. So Conchita Wurst literally means vagina penis!

This Is The Real Luxembourg PM And His Partner

Now these are the real photos of Luxembourg PM Xavier Bettel and his partner, Gauthier Destenay from May 2015. That was when Bettel became the first serving EU leader to wed a same-sex partner. 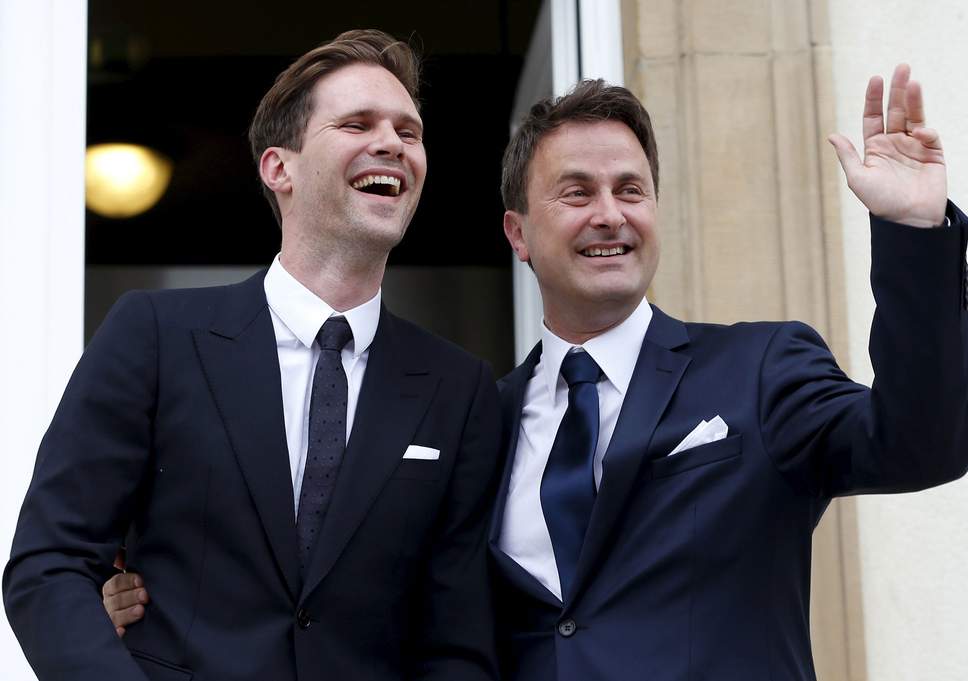 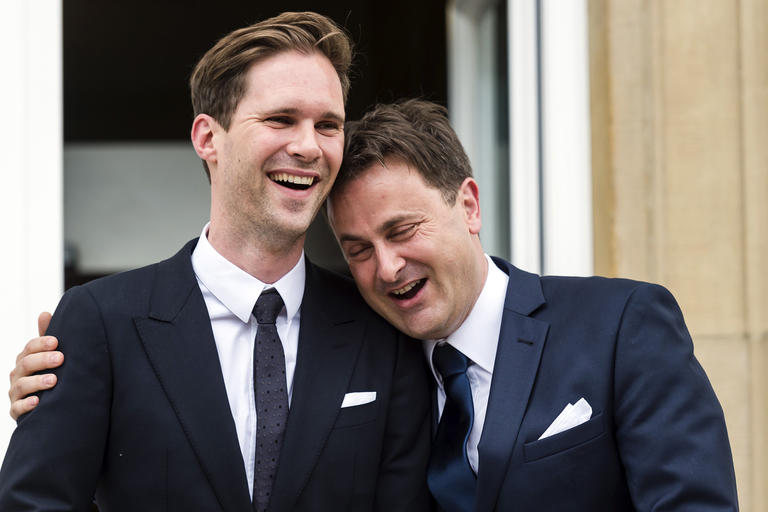 If you like our work, you can help support our work by visiting our sponsors, or even donate to our fund. Any help you can render is greatly appreciated!