Another Facebook rumour has been going around, claiming that the Germans forced their government to rescind an increase in the fuel price. How did they do it?

Apparently, they abandoned over a million cars on the streets and highways to protest the increased fuel price, and the government was forced to lower the price.

Awesome, right? Sadly, it’s NOT TRUE at all. Like 90% of Internet rumours, this is completely bogus.

Did The Germans Abandon Cars To Protest Fuel Price?

According to Facebook pundits, the Germans won a victory over a hike in the fuel price by abandoning their cars en masse. Check out this example on Facebook : 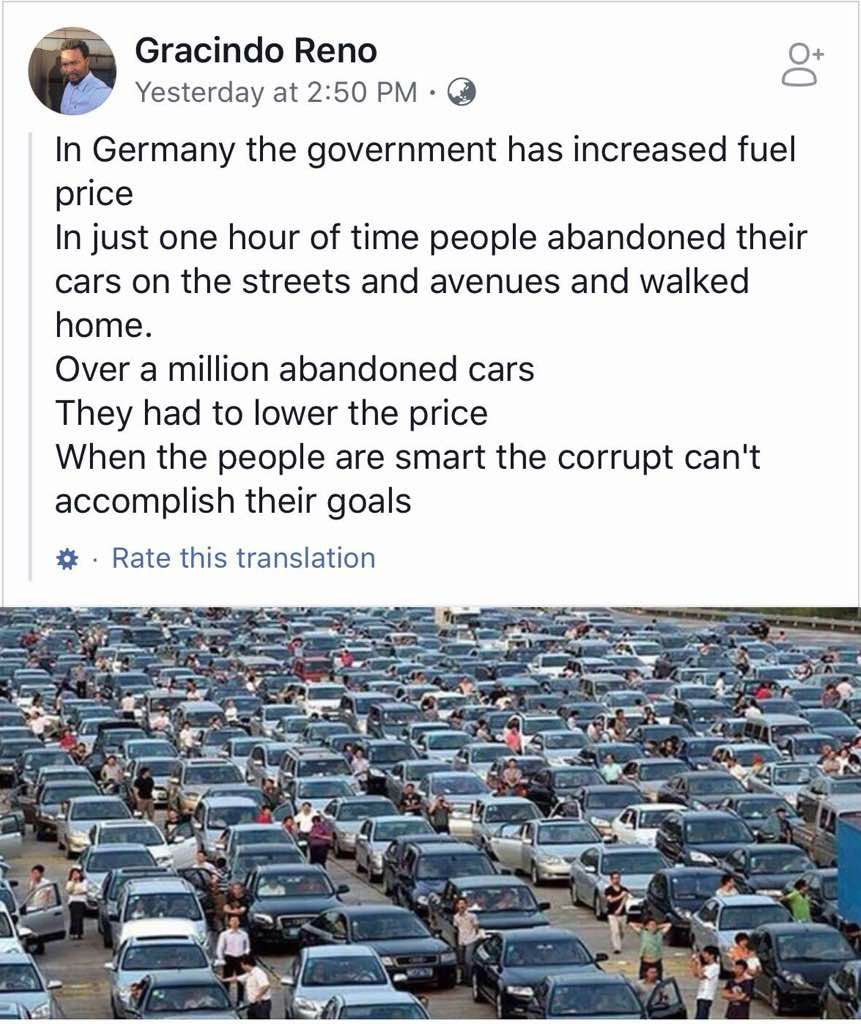 Again, that’s utter bullshit. Those are not German cars. If you look closely, the folks in the picture look remarkably brown for Germans, who are mostly Caucasians the last we checked.

That’s actually a picture posted on Sina Weibo five years ago – in 2012, which showed a massive traffic jam in China that happened during the “Golden Week” – an eight-day holiday.

That year, the tolls of 24 Chinese highways were lifted, which resulted in this massive traffic jam when 30% more people than usual took to the highways. 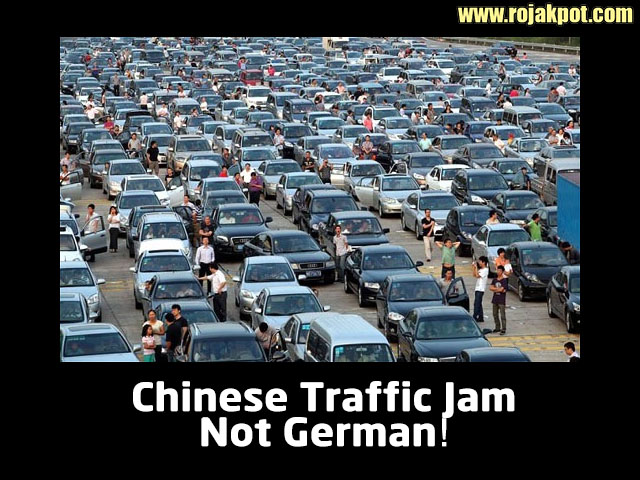 Chinese drivers caught up in that jam reported that they were moving an average of only 5 kilometres per hour. You can see a video of that event posted by NTD News from Czechoslovakia :

According to the Shanghai Morning Post, one driver took ten hours to drive just 300 kilometres. But that was not as bad as the world’s longest traffic jam in history – an incredible 100 km long column of vehicles that started from Beijing northwards in 2010. In that traffic jam, drivers were crawling at just three kilometres per day!