Ghana movie posters are FAMOUS for their incredibly garish and exaggerated take on the movies they try to portray!

Let’s take a look at some of the best Ghana movie posters and compare them to the actual movie posters. Tell us which YOU prefer! 😀

To attract viewers, these intrepid entrepreneurs needed to advertise their movies, but they had one big problem – they did not have access to the original movie posters, or printing presses. 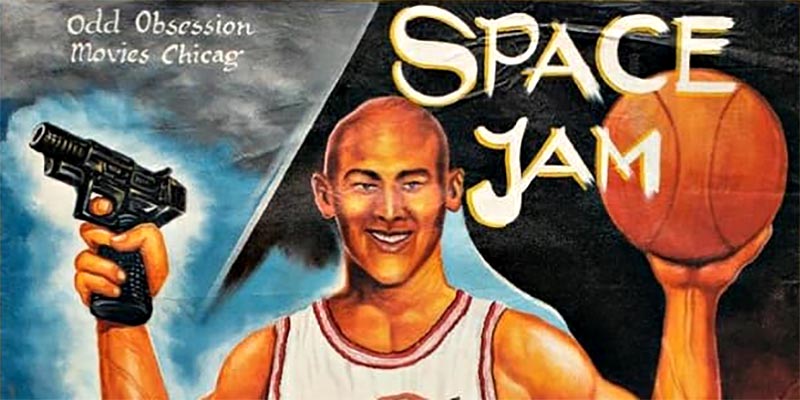 So they commissioned local artists to hand-paint movie posters on large, used flour sacks. Since the emphasis was to attract people, these artists often took creative licence in creating their works of art.

They often made the posters look as dramatic (read : crazy) as possible, even adding weapons, characters and scenes from other movies.

No wonder they now enjoy a cult following, with some original posters going for thousands of dollars!

Here are some of the best Ghana movie posters, and the actual movie posters you may recall. Tell us which you prefer! 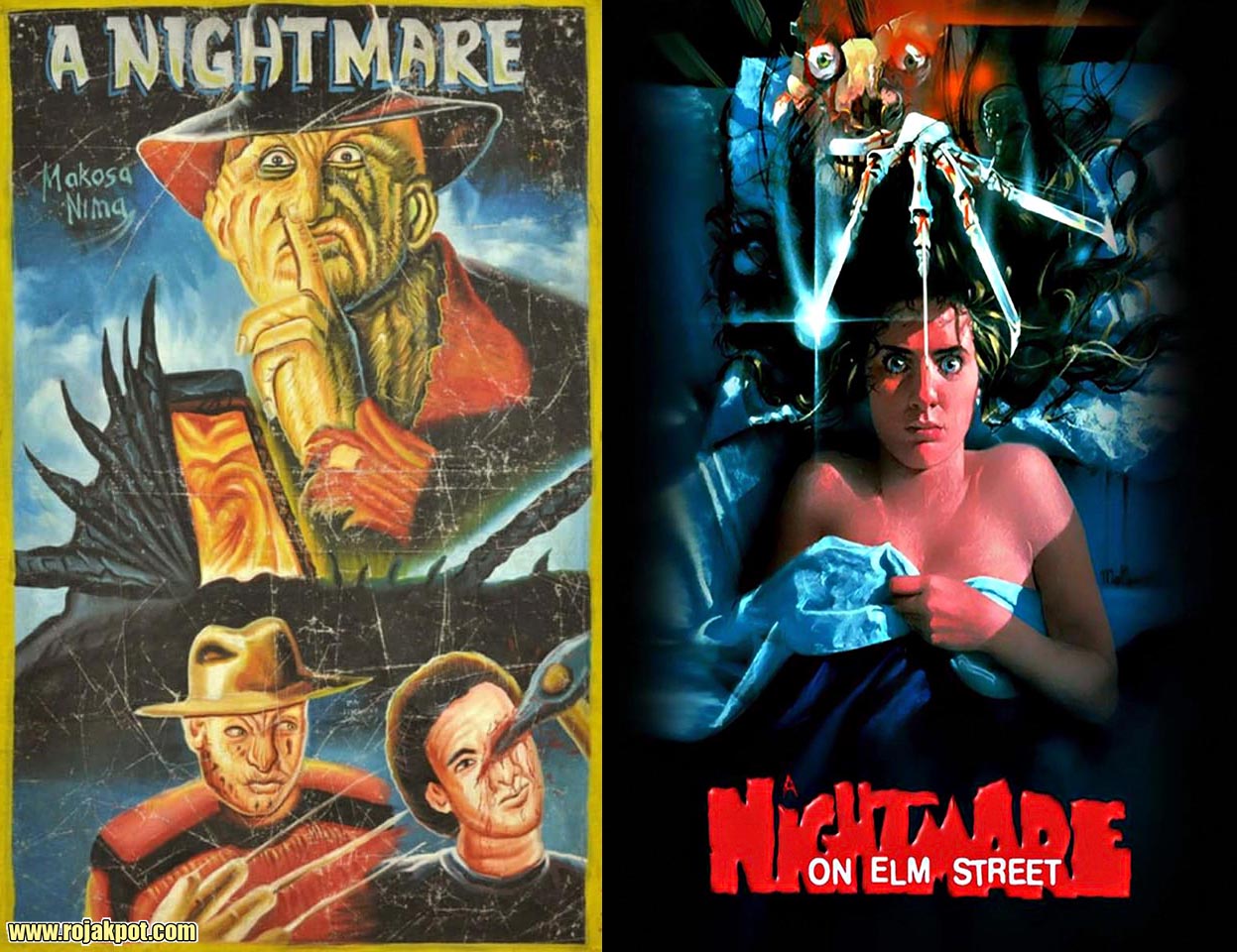 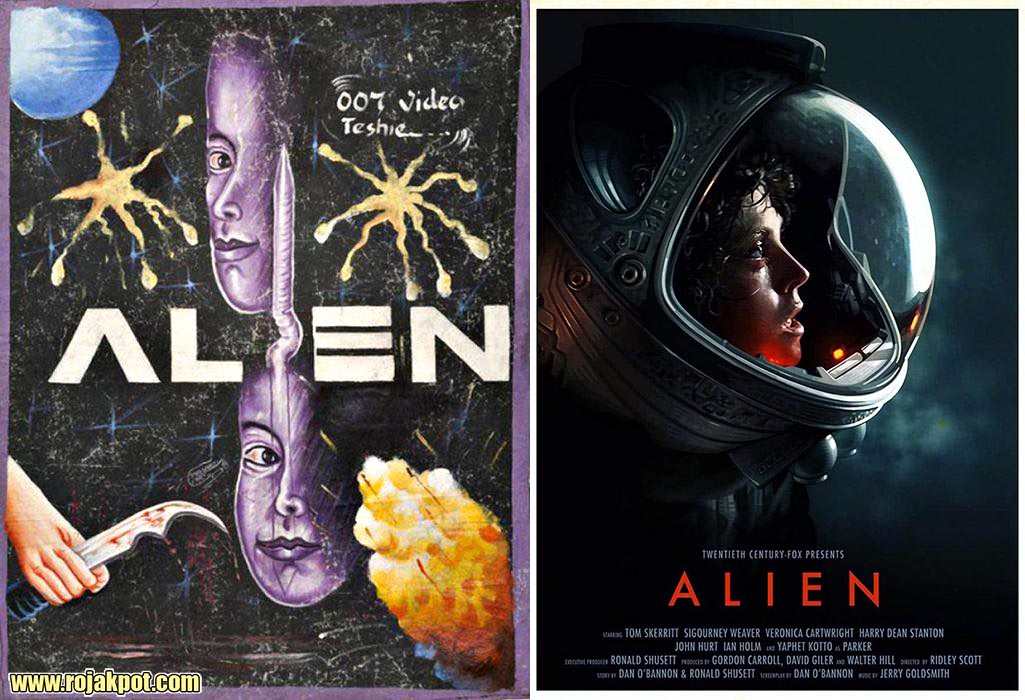 E.T marries Michael Jackson, and they have a family of Aliens. 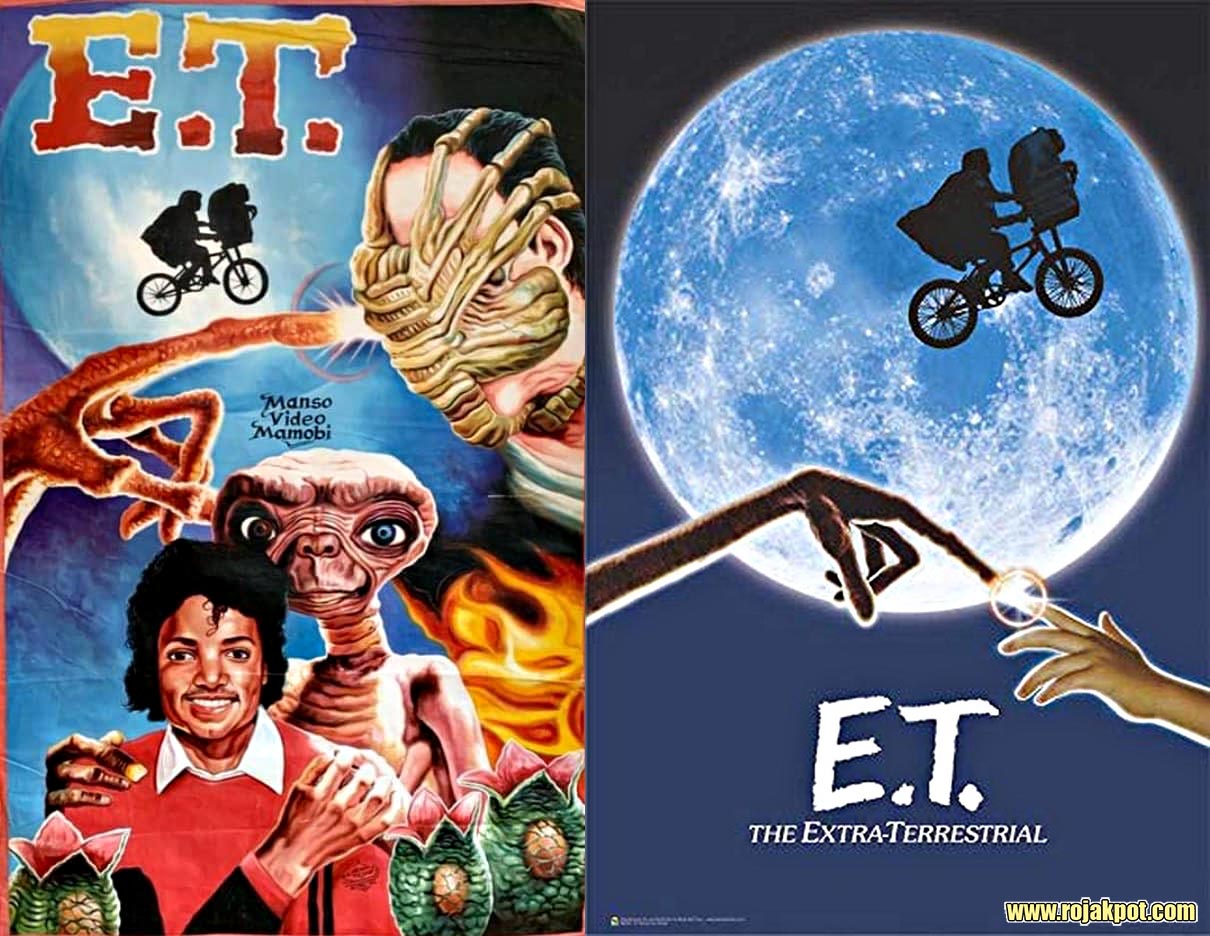 Ghost Dog takes on Evil Dogs, and Forest Whitaker with a katana and laser eyes! 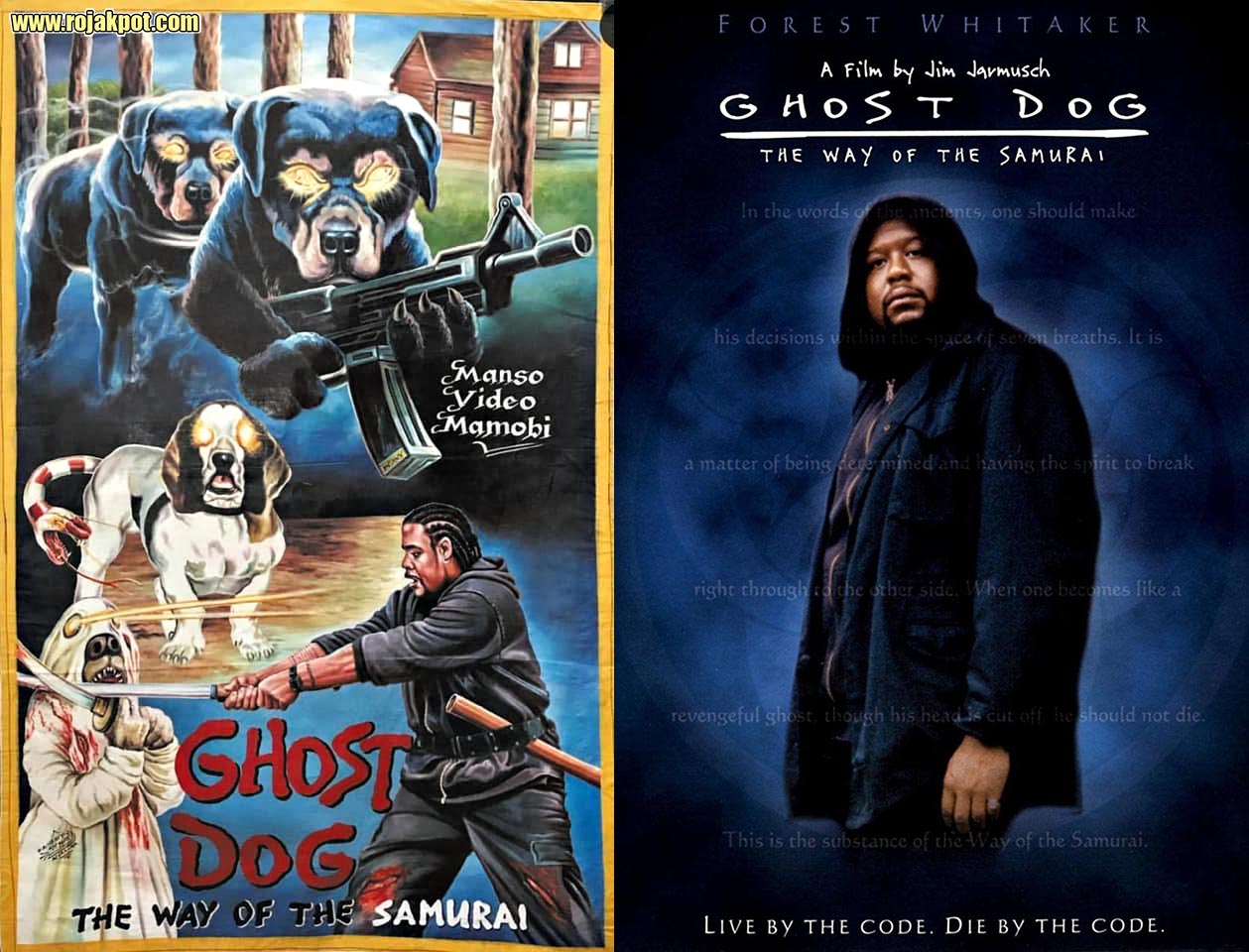 Indiana Jones was not as exciting as King Solomon’s Mines, apparently!

I’m not sure which is scarier – dinosaurs that have octopus-like tongues, or Laura Dern hugging a giant Jeff Goldblum! 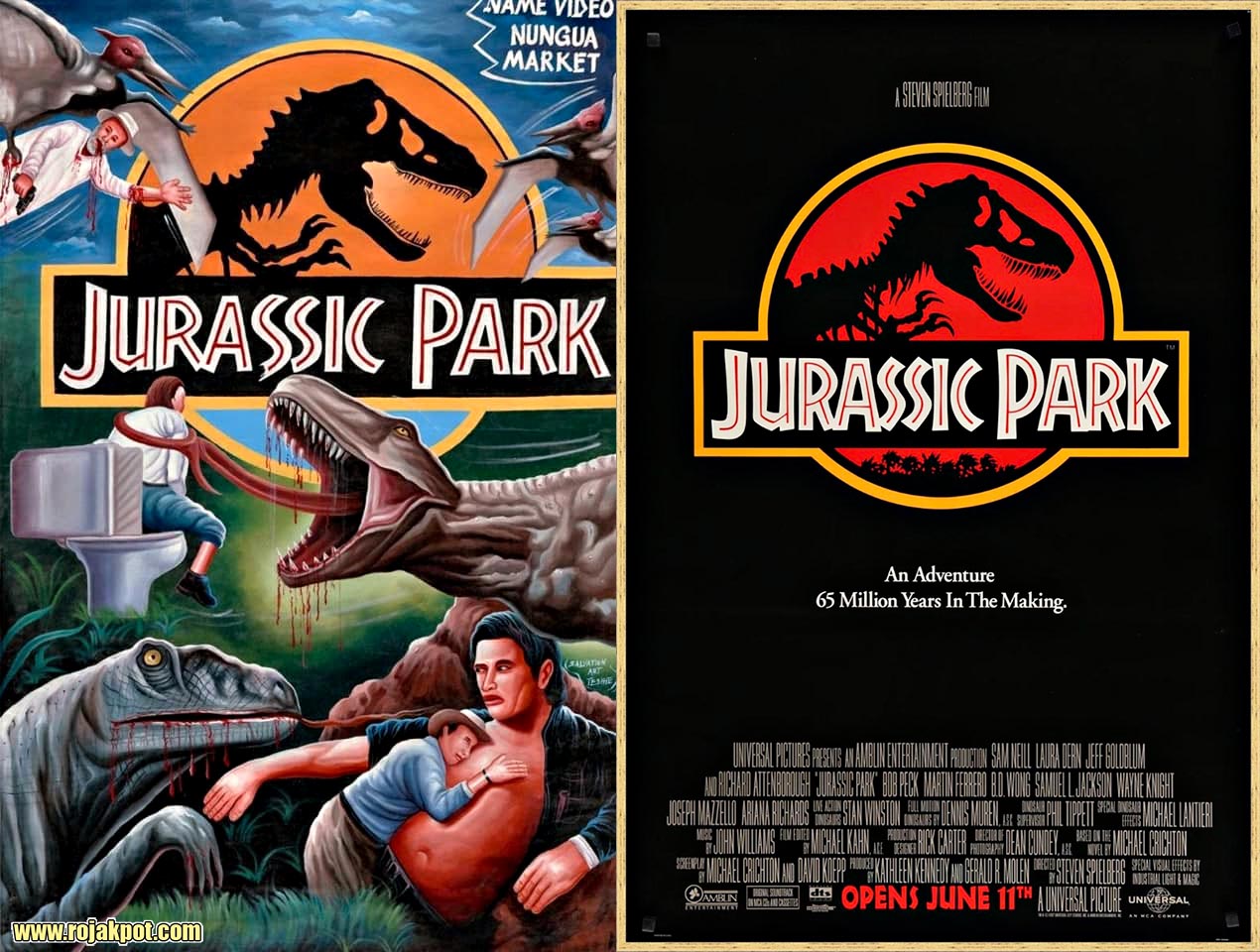 The Chinese version of Mission Impossible. 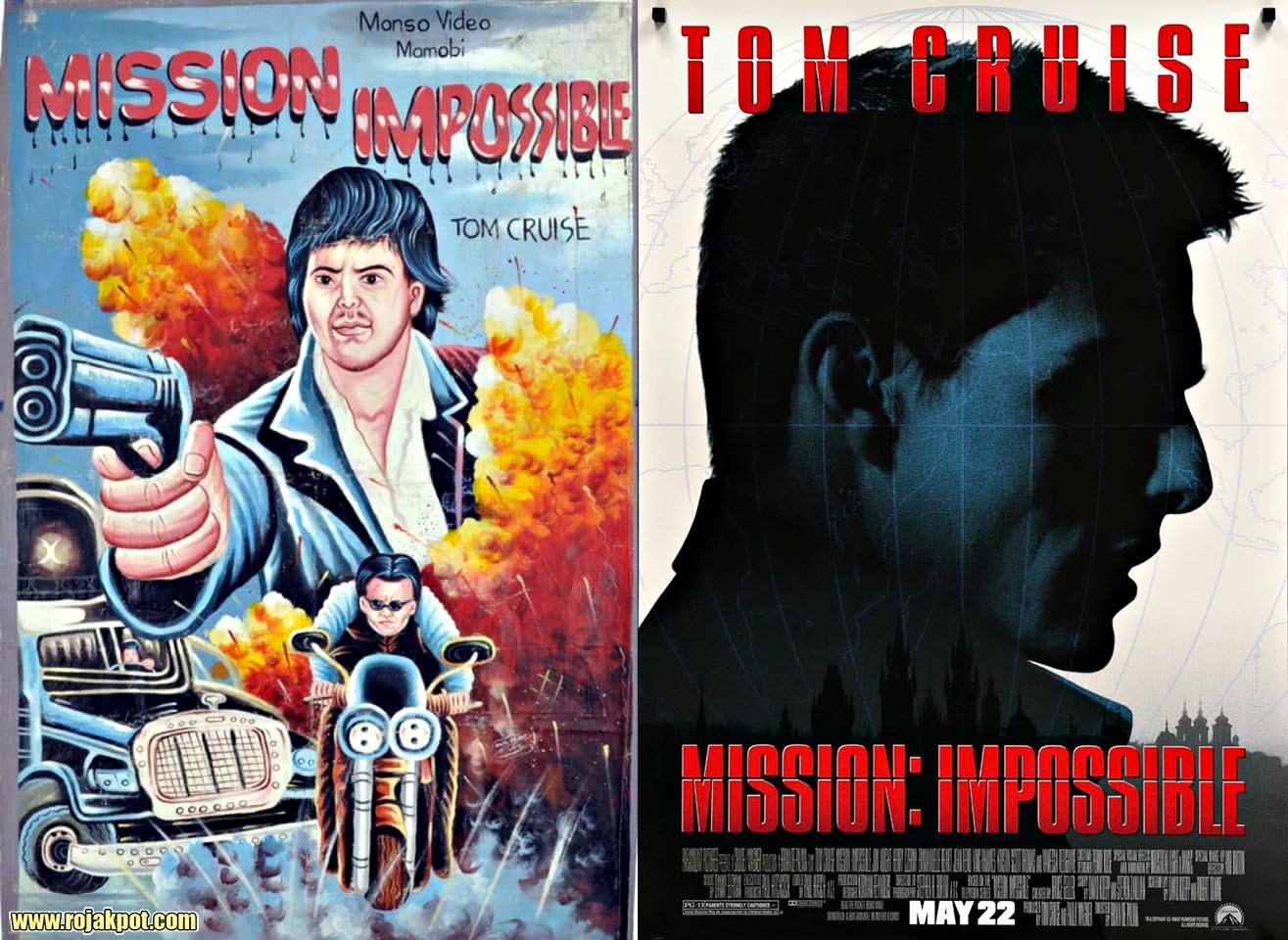 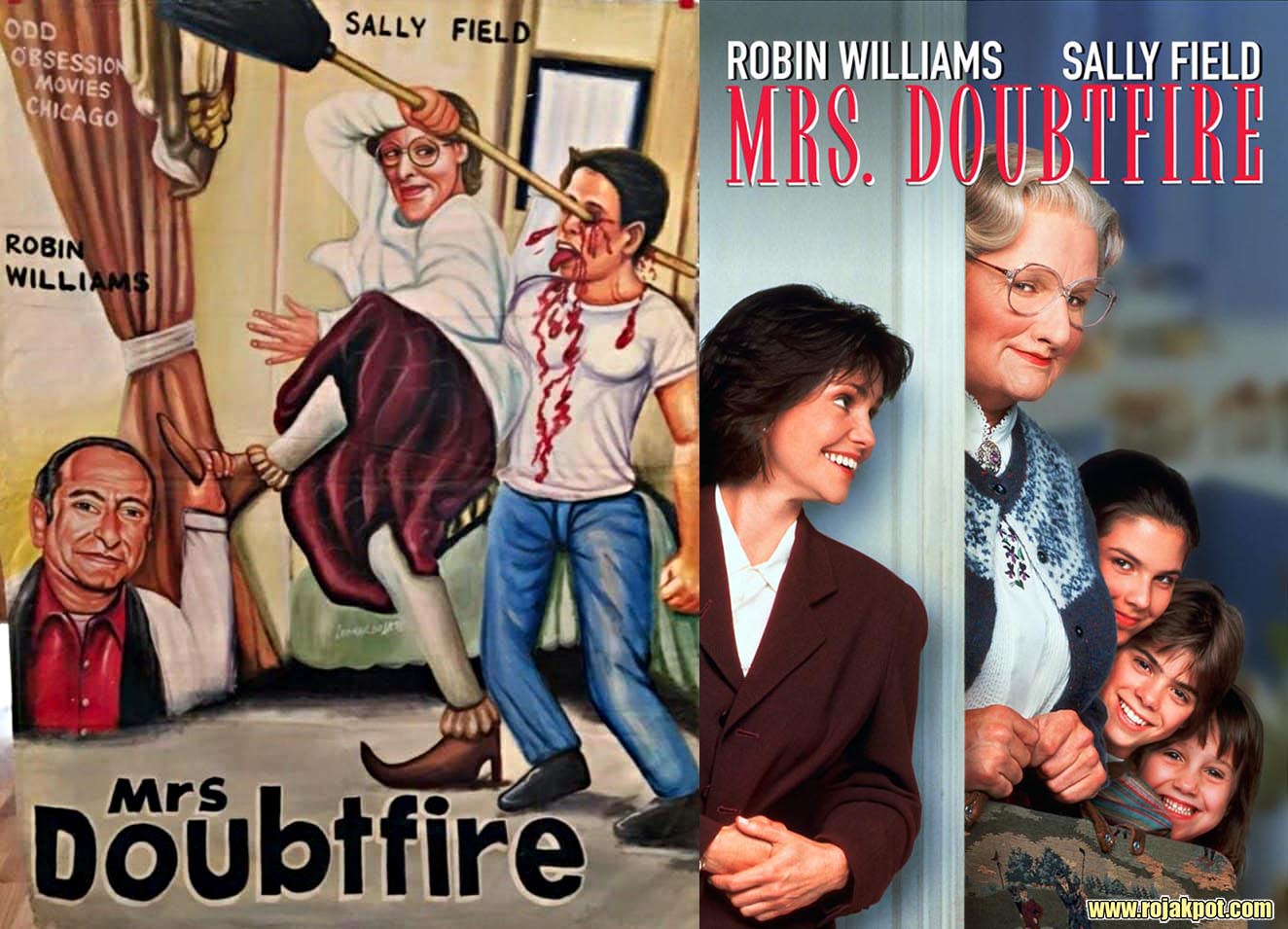 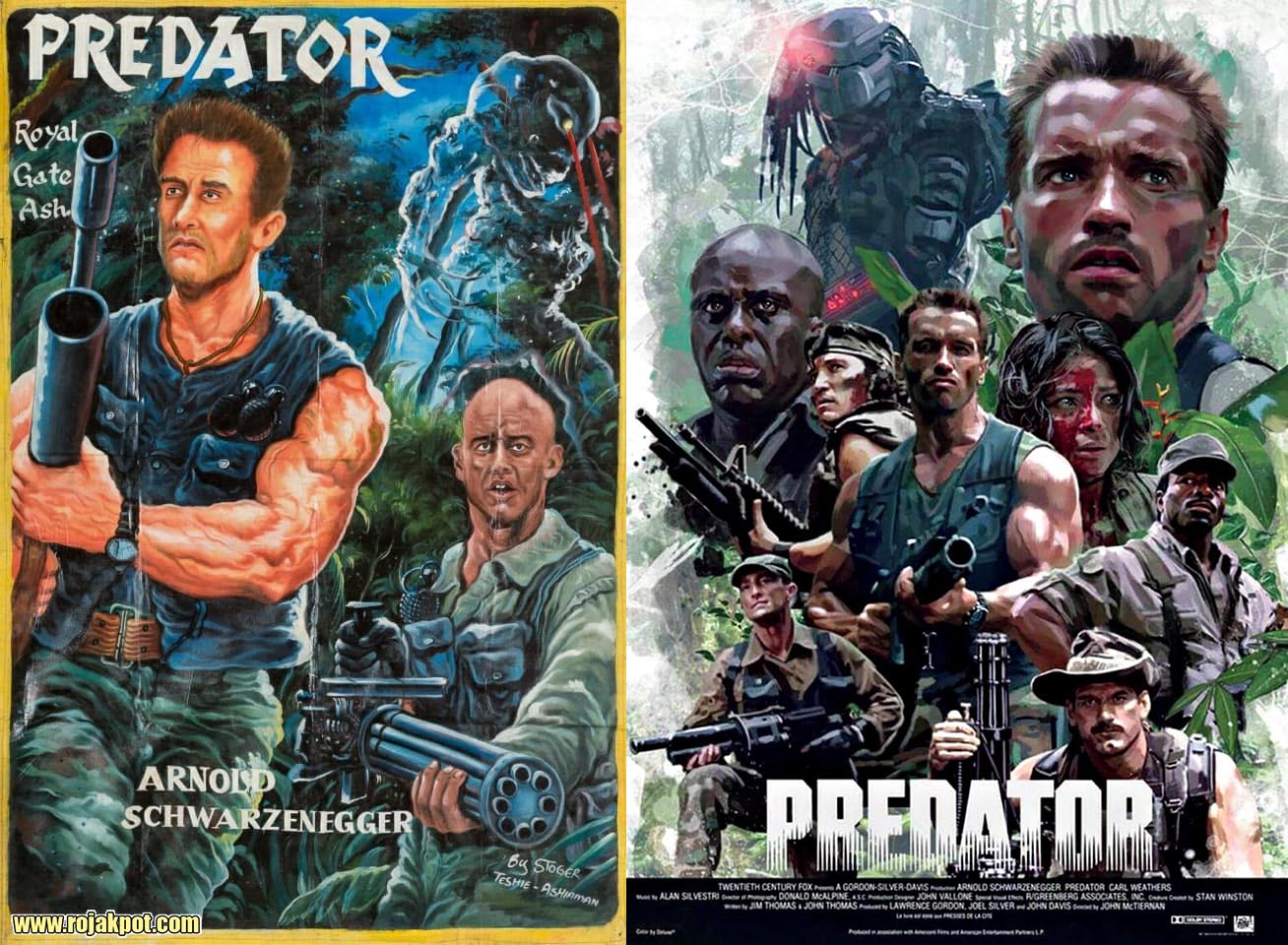 Yes, kids, that’s how you play basketball – you try to shoot your opponents as you dribble the ball! 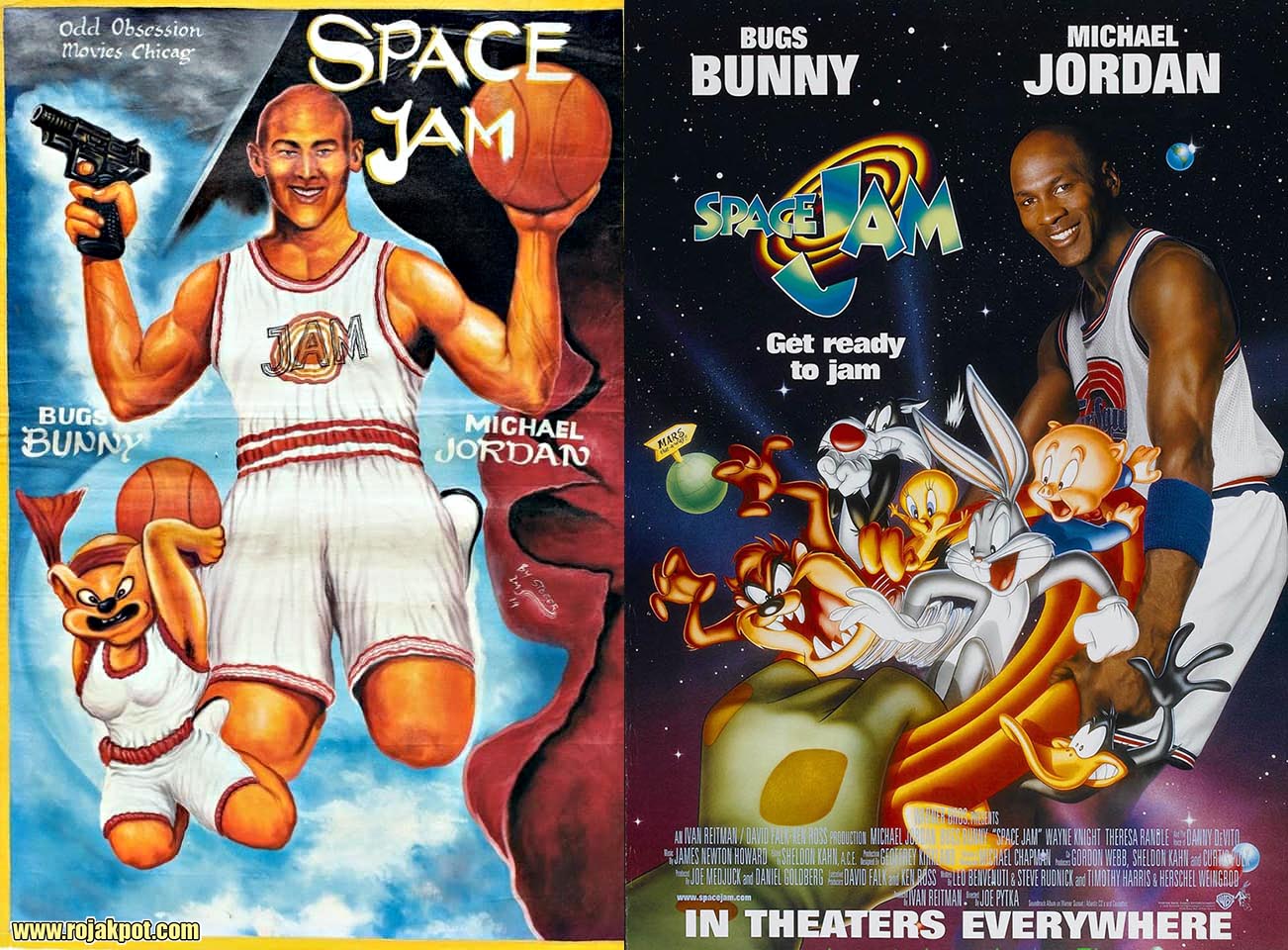 The heroes in a half shell meets Rawhead Rex! 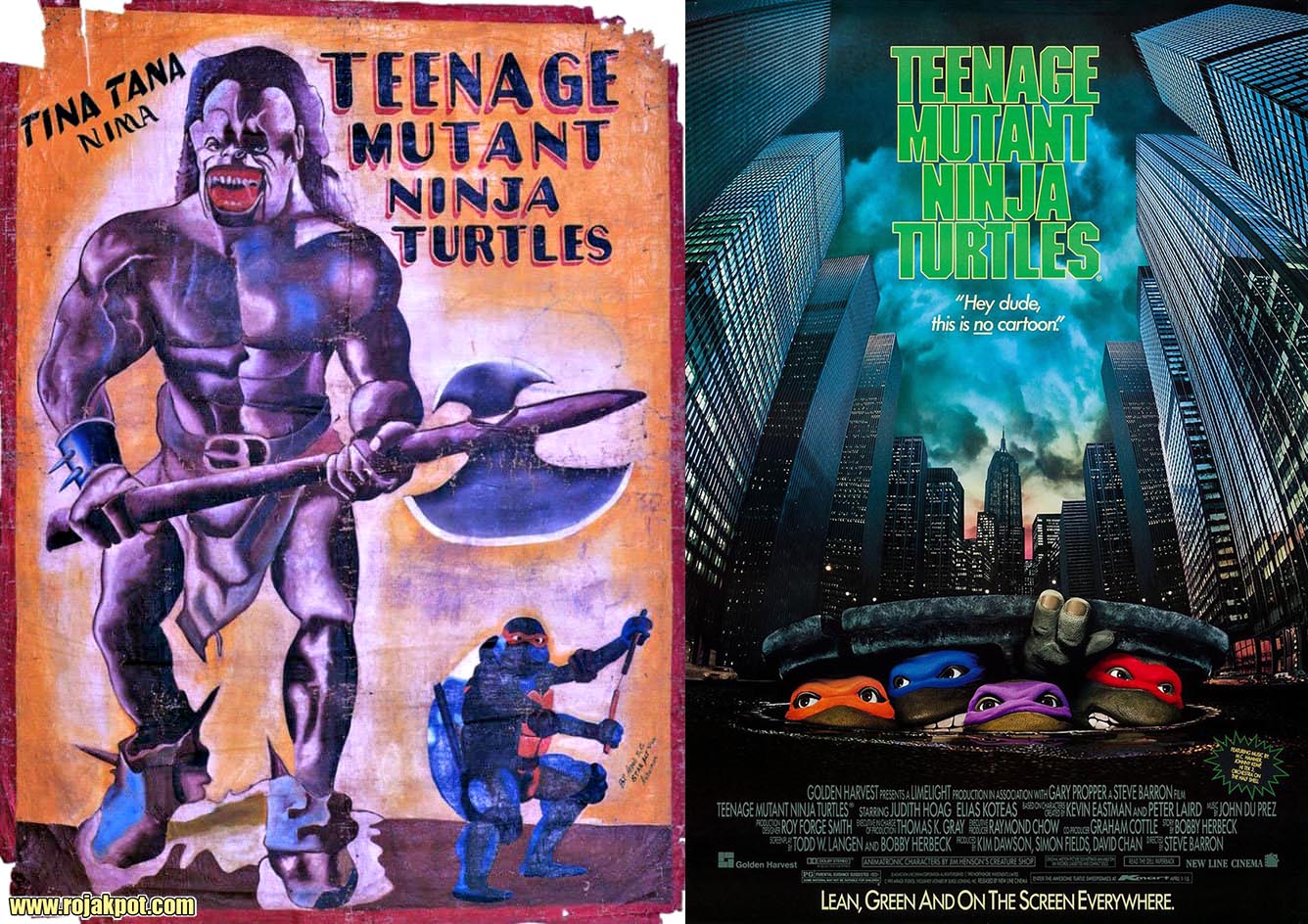 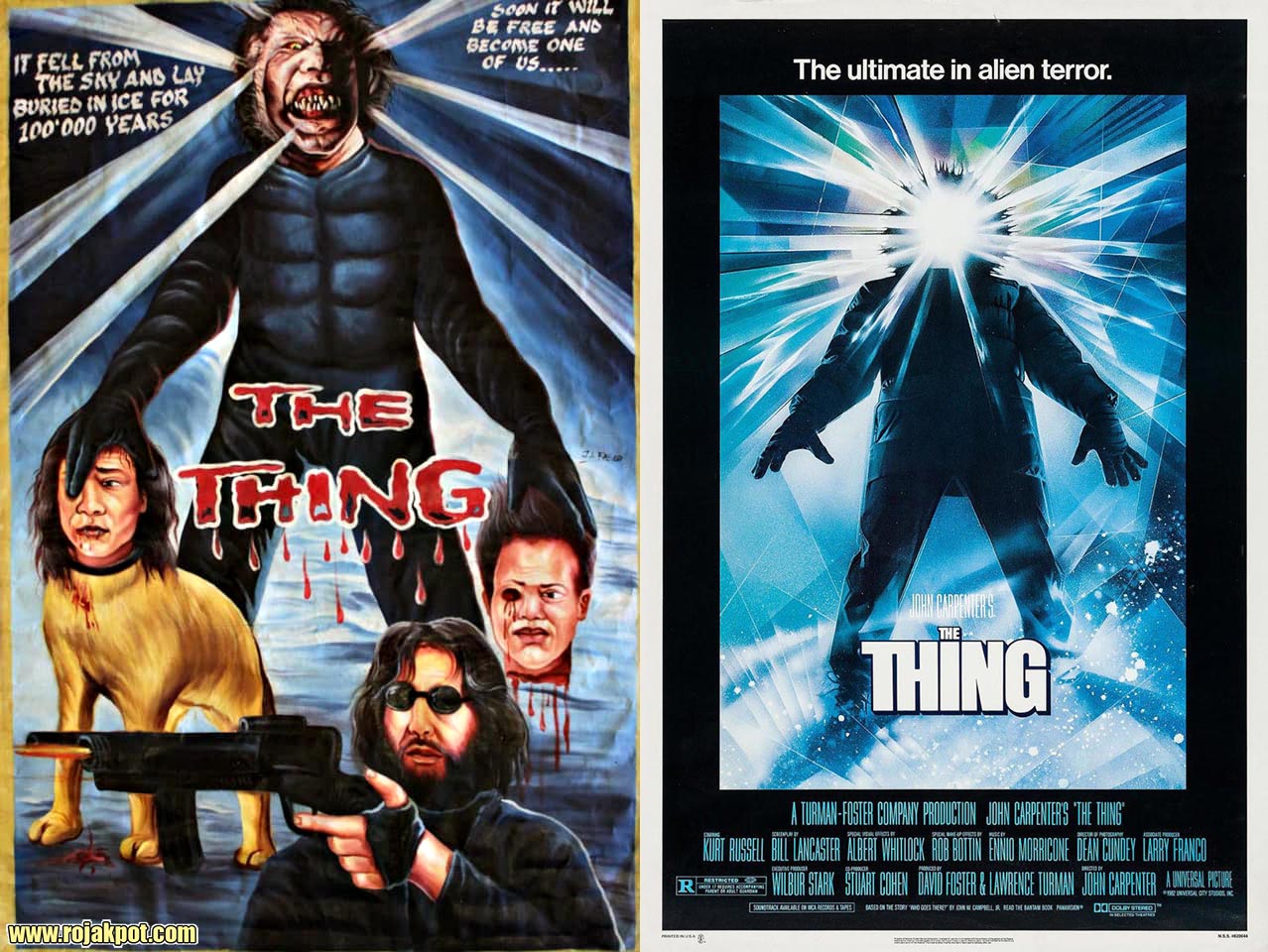 The next evolution of Black Panther! 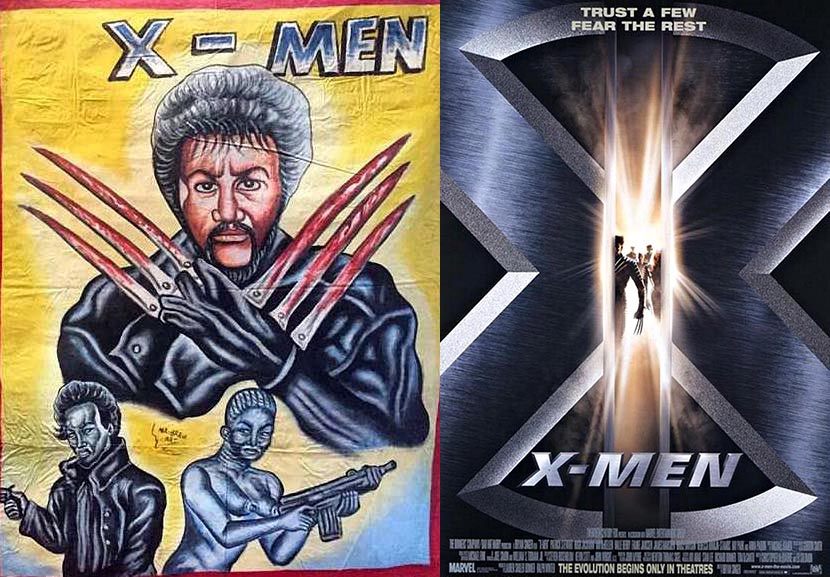 Tags:EntertainmentfunnyGhanaGhanaianMovieMovies
Previous : How Did Iran Shoot Down UIA Flight PS752 By Mistake?
Next : Robbers Pretending To Be Gov Officers Hoax Debunked!