On May 8, 2015, the satirical website World News Daily Report (WNDR) posted an article about a purported Hillary Clinton affair with Yoko Ono in the 1970s.

The “lesbian affair” was quickly dismissed as a hoax, but many people continued to share it because no one actually did a thorough debunking.

The 2016 US Presidential election resurrected the so-called Yoko Ono – Hillary Clinton affair. Many pro-Trump supporters and conspiracy theory websites have been trumpeting (pun intended) it as a new reason why Hillary Clinton should not be President.

Time to give this hoax a thorough debunking! We will start with the claim, and then tear it down bit by bit. Enjoy! 😀 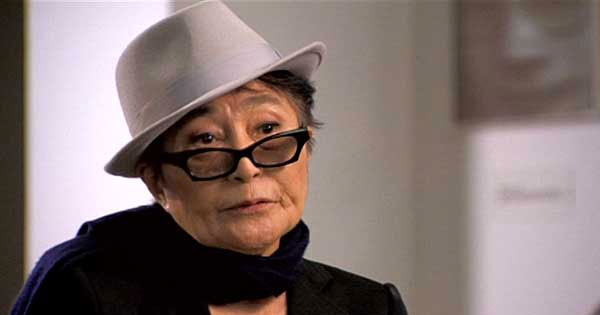 Los Angeles | Yoko Ono shocked reporters yesterday when she responded to a question concerning the presidential run of Hillary Clinton and the possibility that she could become the first woman President of the United States in American history.

The artist and widow of John Lennon, who is in Los Angeles to present a collection of cups and saucers she is exhibiting at the Museum of Modern Art, totally took reporters by surprise by admitting she had not only met the former First Lady at various times during a series of protests against the Vietnam War in New York in the 1970s but also knew her “intimately”.

The celebrity admitted laughingly to having “a fling” with her at the time and acknowledged her election “would be a great advancement for LGBT and Women rights in America” she added. 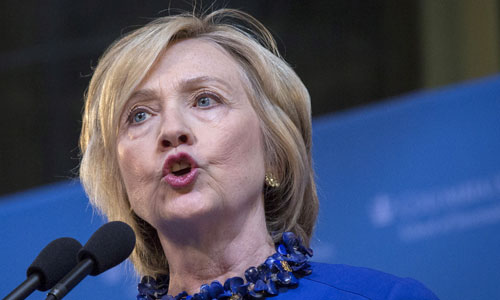 Yoko Ono when asked about her thoughts about Hillary’s run for the presidency completely took reporters by surprise.

“We met many times during the New York Vietnam War protests in the 1970s, and became very intimate. We shared many of the same values about sexual equality, fighting against the authoritarian, patriarchal, male-dominated society we were raised in” she explained.

“We had a brief romantic fling when I lived with John in Manhattan and Hillary was studying at Yale, but eventually we lost touch. I am amazed how things are going well for her and wish her the best for her campaign” she told reporters during the press conference.

Experts believe the statement could affect the presidential candidates bid for the presidency but previous allegations of Hillary Clinton’s lesbian past have not seemed to play against the front runner for the 2016 Democratic presidential race yet.

Now, let us debunk the Yoko Ono-Hillary Clinton affair, hopefully once and for all.

World News Daily Report (WNDR) is a known satire website. Recently, they posted about exploding Samsung smartphones killing 3 people in Florida. Needless to say, it was a hoax. In fact, nothing on that website is true. We know this for a fact because WDNR posted this in their disclaimer :

WNDR assumes however all responsibility for the satirical nature of its articles and for the fictional nature of their content. All characters appearing in the articles in this website – even those based on real people –  are entirely fictional and any resemblance between them and any persons, living, dead, or undead is purely a miracle.

As they clearly pointed out – everything on their website is “entirely fictional“. That would include their 2015 article on the Yoko Ono – Hillary Clinton affair.

2. The Museum of Modern Art is in New York! 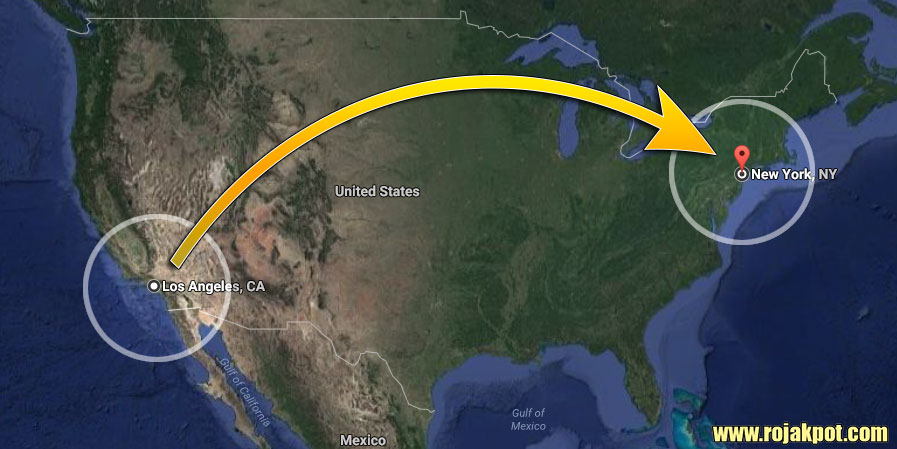 3. The Yoko Ono Exhibition Was Not About Cups And Saucers

Yoko Ono did indeed have an exhibition at the Museum of Modern Art in May 2015. It was called Yoko Ono: One Woman Show.

However, it had nothing to do with cups and saucers, as alleged by WNDR. The exhibition showcased 125 of her works, installations, performances, audio recordings and films from 1970 to 1971.

It is really good to know that everything you do is going to be recognized by people, and one day it is going to blossom. And that’s the reason why I am here now and why we are doing this show.

5. Hillary Clinton Has Never Been To A Vietnam War Protest 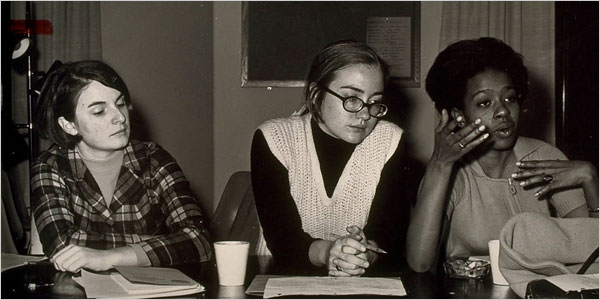 From 1970 to 1973, Hillary Clinton was just another student at Yale. She came from a middle-class family in Illinois, and was not famous or associated with any famous personality.

Even if (hypothetically) she attended a Vietnam War protest, there would have been no reason or opportunity for Yoko Ono to pick her out of the crowd to meet her, much less develop a relationship of any kind.

Yoko Ono was a famous artist and peace activist and of course, the wife of John Lennon at that time. They were both surrounded by a constant coterie of friends  and reporters.

If Hillary Clinton ever came in contact with Yoko Ono, it would have been corroborated by their friends and the reporters covering them all the time.

On October 13, 2015, Yoko Ono gave an interview to The Daily Beast, during which she was asked about her sexuality. She described herself as “extremely old-fashioned“, saying :

Yoko Ono : I don’t have a strong sexual desire towards another woman.

The Daily Beast : Have you ever?

Yoko Ono : Not really, not sexually.

She did allude that John Lennon was likely bisexual, but did not actually have sex with any men.

“I think he had a desire to, but I think he was too inhibited. The beginning of the year he was killed, he said to me, ”I could have done it, but I can’t because I just never found somebody that was that attractive.”

In the same interview, The Daily Beast actually asked Yoko Ono about the World News Daily Report satirical article about her affair in the 1970s with Hillary Clinton. She laughed and replied,

It’s great. I mean, both John and I thought it was good that people think we were bisexual, or homosexual.

Then she laughed again. Seriously.

In the same interview with The Daily Beast, Yoko Ono said that she isn’t excited about the idea of a Hillary Clinton presidency. The possibility of the first female US President was, she said,

… a symbolic thing. A President has to be a good person for the President, not because they are female or male.

A Sinophile and Russophile, Mark dedicates his life to making people laugh and feel much smarter about themselves. We only fear that Mark will soon migrate to China, for the Internet would lose more LOLs to the Great Firewall.