The Chord Mojo launch was notable not only for the presence of Chord Electronics CEO John Franks, as well as the Mojo’s designer – Robert Watts. Audiophiles should take a look at Tech ARP’s coverage of the technology behind the Chord Mojo. 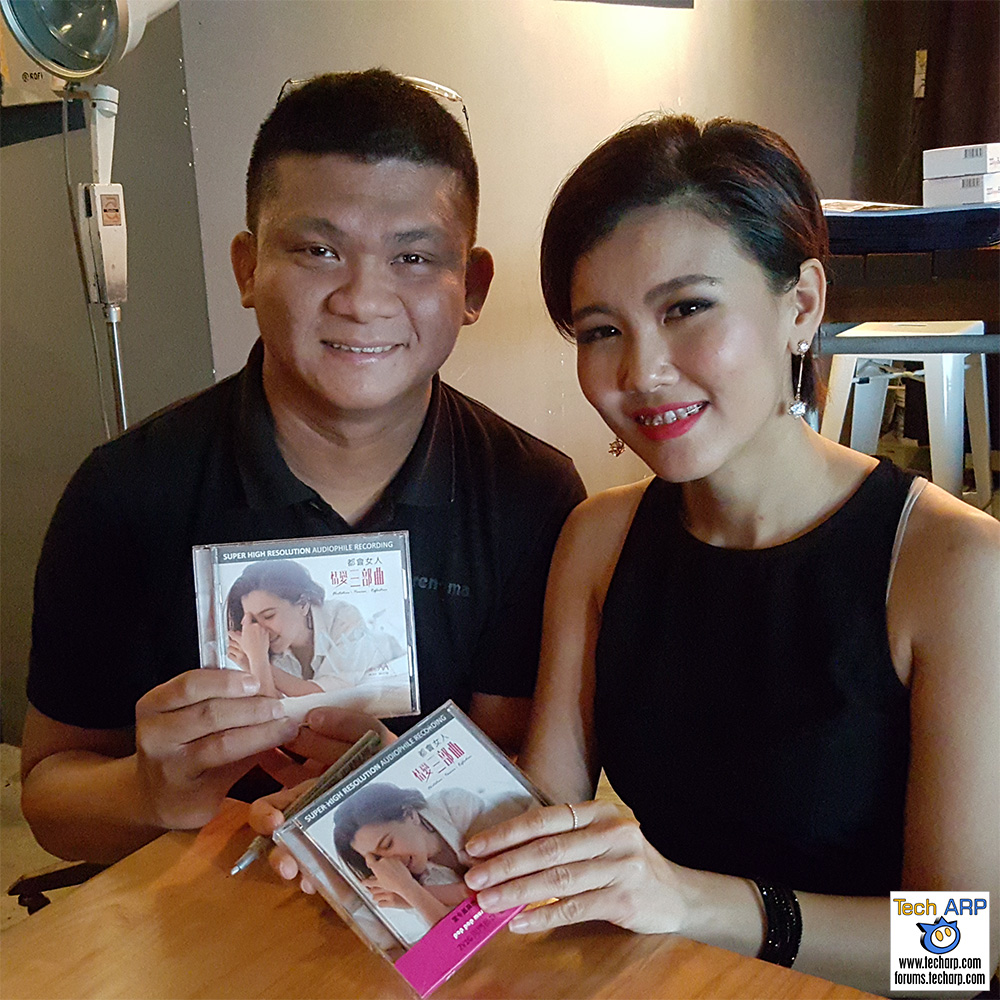 At the end of the launch of the Chord Mojo, we were treated to a private live performance by May Mow herself. Backed by Tay Cher Siang‘s WVC band, May sang a mix of English classic pop songs as well as singles from her solo album – Flirtation. Passion. Reflection. Enjoy!

If you enjoyed that, be sure to pick up May’s solo album, Flirtation. Passion. Reflection.
Tags:celebrityJazzmalaysiaMay MowmusicPopsingerTay Cher Siang
Previous : David Duchovny Interviewed On Aquarius
Next : Ban Letter T To Save Muslims From Conversion! [Updated]