We debunk their lies, and share with you the truth about the old man who they called a terrorist…

Fake news outlets like Syria Truths shared this photo of an old ISIS terrorist, and claimed he was caught recently before he could blow himself up.

They claimed that he wanted to blow himself up and kill innocent people, so he can dine with the Prophet Muhammad in Heaven. Check it out : 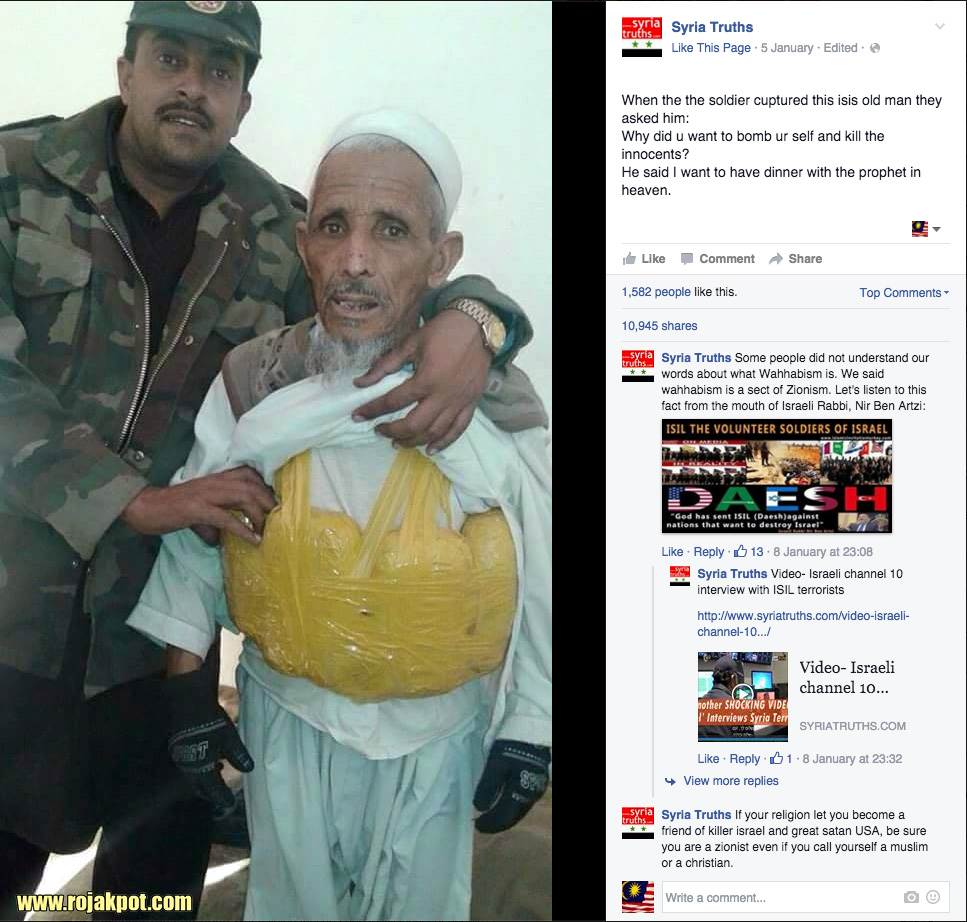 If ISIS can order a young man to kill his own mother, using a poor old man like that to kill innocent people is nothing extraordinary. But for some Muslims, their brethren can never do anything wrong.

This man must have been brainwashed into carrying out the Machiavellian goals of the evil Zionists / Americans / Illuminati / Rothschilds / Christians / Jews / aliens.

Instead of just criticising ISIS for making use of that old man, the Syria Truths page above painted it as an evil Zionist plot because ISIS is apparently a Zionist creation.

LOL! I know! Someone has a couple of screws loose up there. But laugh as we may, many gullible Muslims actually believe that ISIS is an American or Zionist plot to make Muslims look bad.

Some Muslims, like those who run ironically-named Syria Truths, even have no qualms LYING to further their cause / agenda / beliefs.

Yes, ladies and gentlemen, you have been bamboozled by yet another Internet hoax! The man up there isn’t an ISIS terrorist… and those are not bombs…

Who This Old ISIS Terrorist Really Is

If you trace the origins of this picture, you will discover that it was first posted by Safdar Dawar more than a year ago, on the 27th of December 2014 to be precise. Here, take a look at his tweet :

Safdar Dawar is a journalist by trade, currently the anchorman for FATA TIME PTV News, and the former President of the Tribal Union of Journalists (TUJ) in Peshawar, Pakistan. So he knows the difference between an ISIS terrorist and a drug smuggler.

In fact, if you take a closer look at the original picture below (which we have enhanced a little), you will notice that the “bombs” that this old ISIS terrorist had on his body do NOT have any wires attached at all. 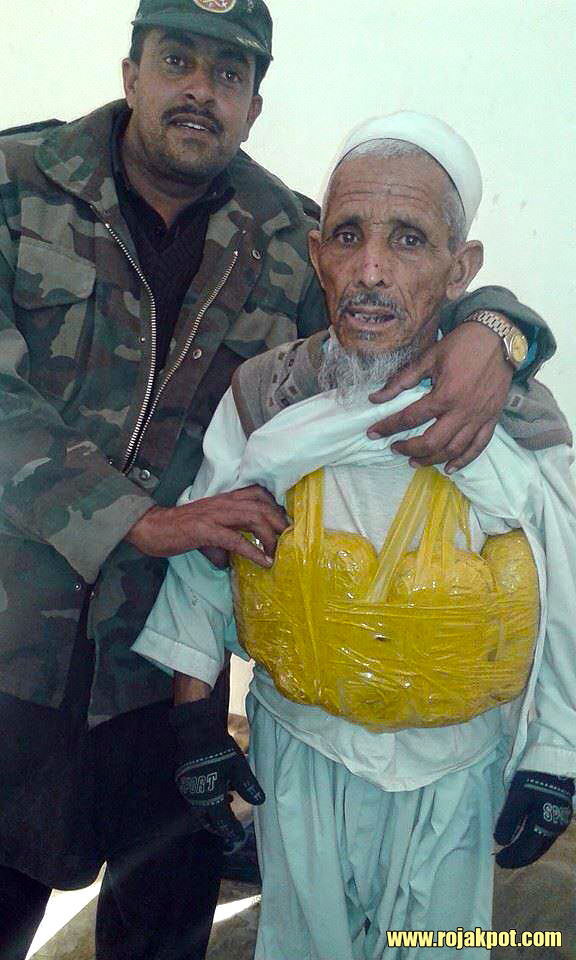 Incidentally, the Turkhum he mentioned is better known as Torkham, a major border crossing between Afghanistan and Pakistan. It is also a major smuggling route for drugs from Afghanistan.

This old man was no ISIS terrorist. He was caught smuggling drugs from Afghanistan into Pakistan.

Lying Is A Sin In Islam

Whether you are a Sunni or a Shia, please remember that lying is a sin in Islam.  In fact it is considered the most wicked of crimes. Here are selected quotes from the Quran on lying and making false accusations :

“Indeed Allah does not guide one who is a transgressor and a liar.” [Quran 40:28]

“Do not mix the truth with falsehood or conceal the truth while you know [it].” [Quran 2:42]

If you truly take your religion seriously, practice it. Stop creating and posting lies.