Back in 2015, we first debunked this hoax about a rove beetle (also known as semut Charlie or semut Tomcat) attacking and disfiguring a poor baby.

Yet, people kept sharing the hoax over and over again. So we decided that we should revisit this hoax, and update our debunking article.

Did A Rove Beetle Disfigure This Baby?

This Rove beetle hoax started circulating in 2014. It consisted of a series of pictures, showing an insect it claimed was a Rove beetle (also known as semut Charlie or semut Kayap) that attacked and disfigured a baby. It warned everyone to be careful about these Rove beetles.

How can your heart not bleed for this poor baby???

The online tabloids and blogs went to town with it, calling it a gruesome attack by the Charlie ant (Semut Charlie / Semut Kayap / Semut Tomcat), which is a local nickname for the Rove beetle (genus Paederus).

In India, they called it the “trailer bug”. I was actually attacked by it once over there, but that’s a story for another time…

At the end of 2017, people started recirculating a new version of the Rove beetle hoax. Check this example out (we added the HOAX stamp). 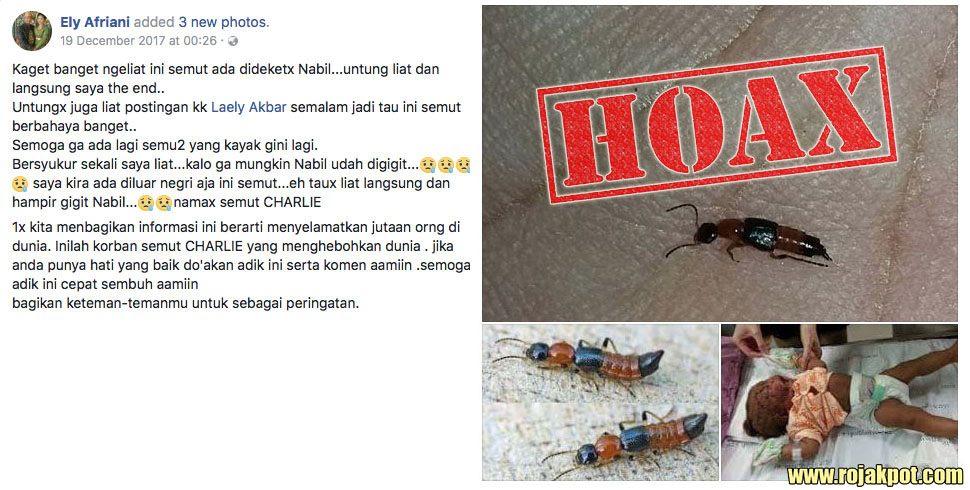 Here is the gist of her post in English :

Let’s share this information to save millions of lives around the world. This is the victim of the Charlie ant (Rove beetle) that shocked the world.

If you have a good heart, pray for the child and post an Amen in the comments. May this child heal soon. Amen.

Now, let’s debunk this hoax and share with you the truth!

That Was NOT A Rove Beetle

The insect shared in the hoax is actually an earwig of the order Dermaptera. The Rove beetle is of the Coleoptera order. In other words, they are completely different insect species even though they look quite similar. Take a look : 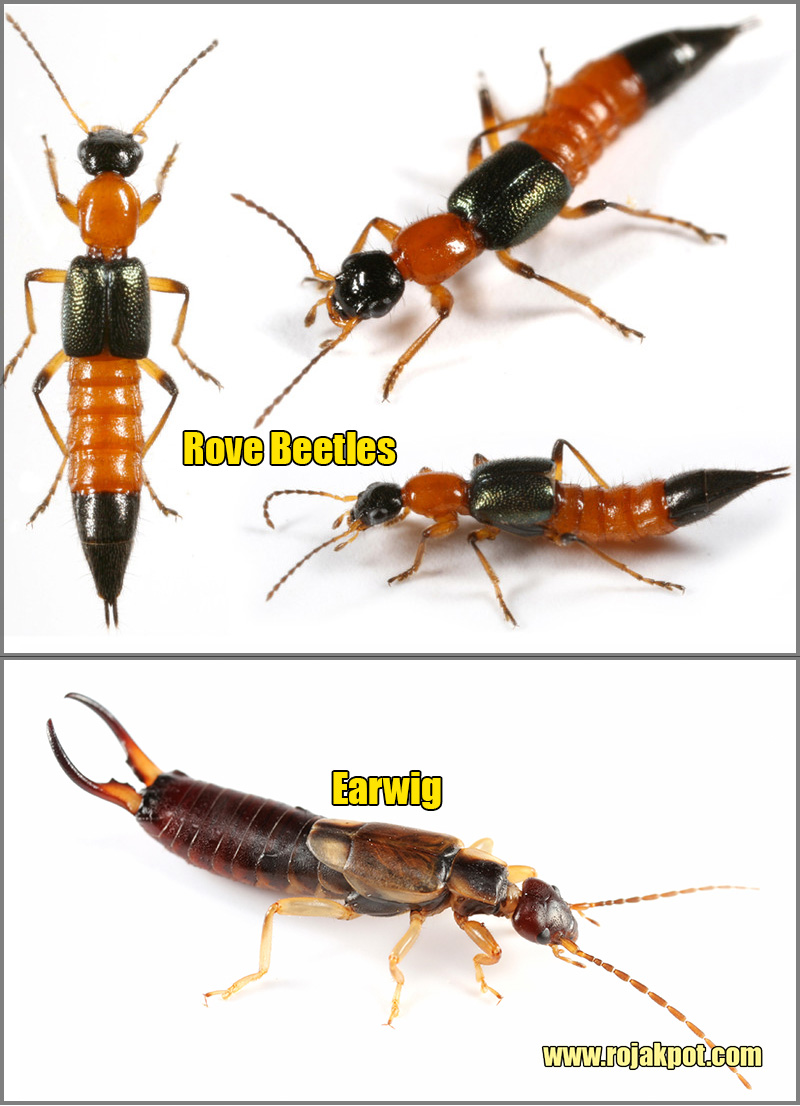 The earwig has the longer and more prominent rear pincers, while the Rove beetle has much smaller ones. So the “culprit” as pictured in the Internet claim is actually an earwig, not a Rove beetle.

The Baby Was Not Attacked By Any Insect

Let’s start with the good news. No, the baby was not attacked by an earwig or a Rove beetle or any insect.

Now, for the bad news. The baby appears to be suffering from “Linear Nevus Sebaceous Syndrome“, a congenital neurocutaneous disorder. That means he was born with it. Here is an Egyptian neonate suffering from LNSS.

My friend, Dr. Tan Eng Liang, pointed out that the lesions could also be viral warts. An extreme example would be Dede Koswara, the Tree Man of Java. He suffers from epidermodysplasia verruciformis, an extremely rare autosomal genetic disorder that made him extremely susceptible to human papilloma viruses of the skin.

Next Page > The Origin Of This Rove Beetle Hoax