Fans of Shakespeare or indie music will love Shakespeare’s Sonnets, a new production at klpac. Directed by Joe Hasham and produced by Faridah Merican, Shakespeare’s Sonnets is a uniquely Malaysian take on the Bard’s work, with amazing indie songs to thrill even those who are not fans of English literature.

Yes, you read that correctly. Shakespeare’s Sonnets is not just a play. It’s more than that. Five singer-songwriters will join the four actresses to perform their own songs based on Shakespeare’s sonnets. That intrigued us so much that we just had to check it out for ourselves!

The Media Preview of Shakespeare’s Sonnets

On a sultry Sunday afternoon, we drove to klpac for a media preview of Shakespeare’s Sonnets. There was no set, and it was not a full dress rehearsal, but the cast wowed us with their eloquence and talent. One can only imagine how much better it would be on the actual stage with the full set. 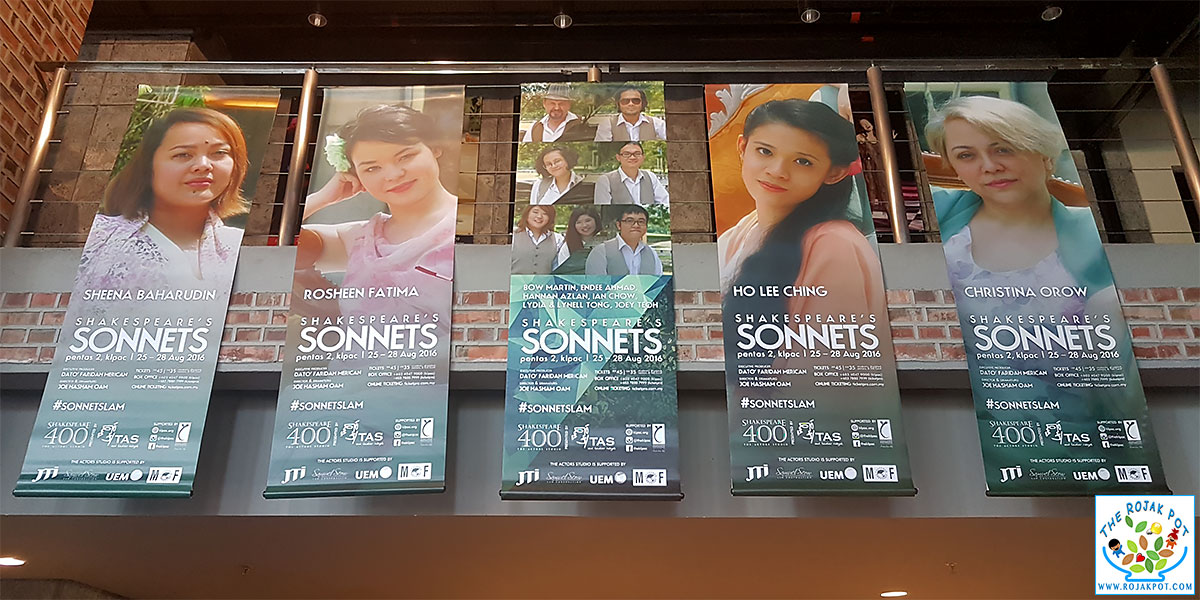 The entire performance was more than just songs, of course but we don’t want to spoil it for you. So we will leave you with a selection of songs to give you a sample of what you will enjoy in the full show.

In this video, the awesome Endee Ahmad treats us to this amazing rock song based on Shakespeare’s Sonnet 23.

The exquisitely quirky and talented Hannan Azlan explores Sonnet 29 with her piece on identity!

Hannan Azlan – Without Me

Hannan Azlan (who reminds me of Ingrid Michaelson) then takes on obsessive love with her ukulele in this amazing song! ENJOY!

If you like our work, you can help support out work by visiting our sponsors, or even donate to our fund. Any help you can render is greatly appreciated!