For an all-too-brief few seconds, I was (or at least, pretended to be) an X-Wing starfighter pilot! Thanks to the Walt Disney Company’s exhibition of an Incom T-70 X-Wing starfighter replica in the Mid Valley Megamall, I was transported back to my childhood of (make-belief) lightsabers and the many attempts to mentally lift objects with the Force. 😀 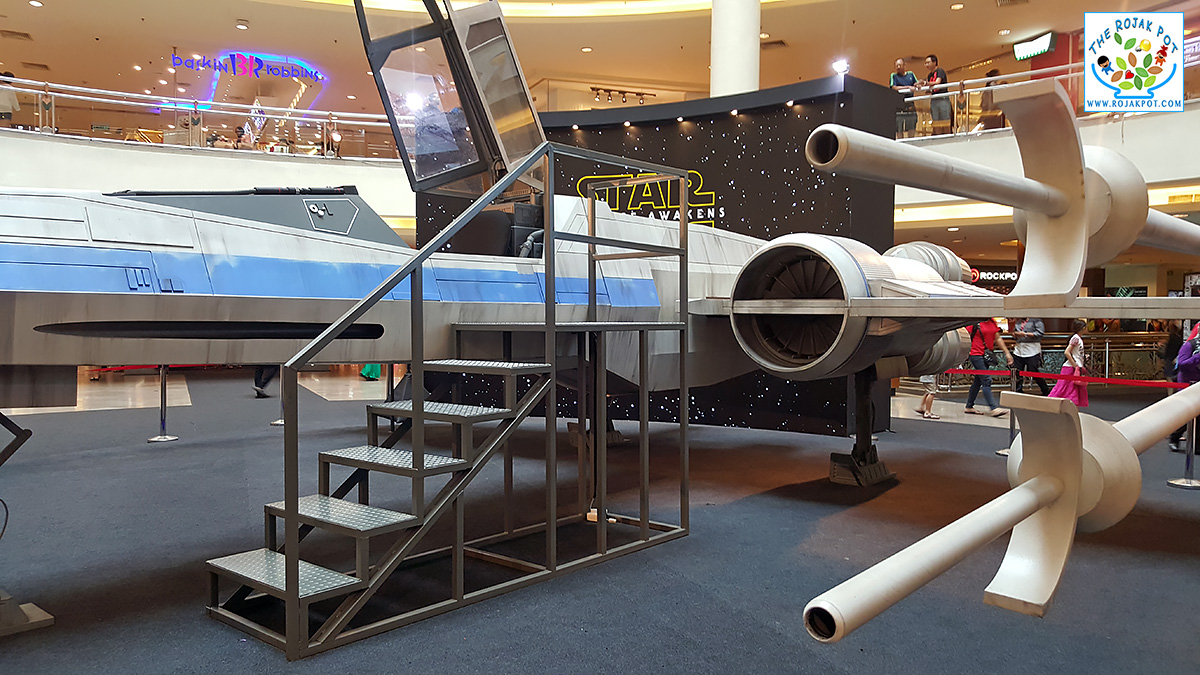 The X-Wing replica exhibition is part of the promotion before Star Wars : The Force Awakens, also known as Star Wars Episode VII, hits the screens on the 17th of December 2015. Old-timers like me can’t wait to watch our heroes of yesteryears take up the fight against the evil Galactic Empire!

Update @ 29/11/2015 : According to Syed Sharbini Rafie Al-Edruce, the X-Wing will still be in Mid Valley Megamall after today. It will just be shifted to a different location. So there is no need to rush to Mid Valley, unless you really want the free photo.  😀 That said, we are not sure if they will still allow you to sit inside after today…

The Incom T-70 X-Wing at Mid Valley Megamall is a 80% scale replica – practically life-size for all intents and purposes. It will be here until this Sunday, the 29th of November, 2015.

Visitors to the Mid Valley Megamall will not only be able to take pictures with it, but also climb into the cockpit and have their pictures taken for FREE by a photographer hired by The Walt Disney Company (Malaysia).

Be sure to go early though, because the free photo is only limited to the first 450 visitors on the weekdays, and the first 650 visitors on Saturday and Sunday. All you have to do is get in line. If you are early enough, you will be given one of these tickets. 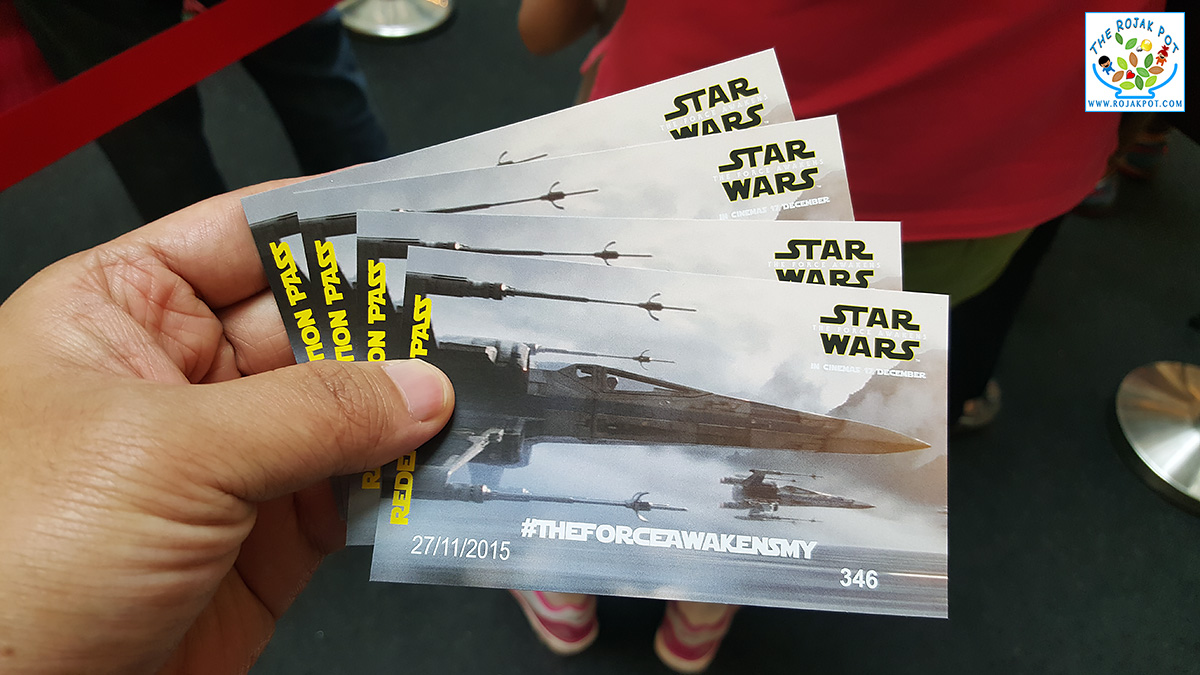 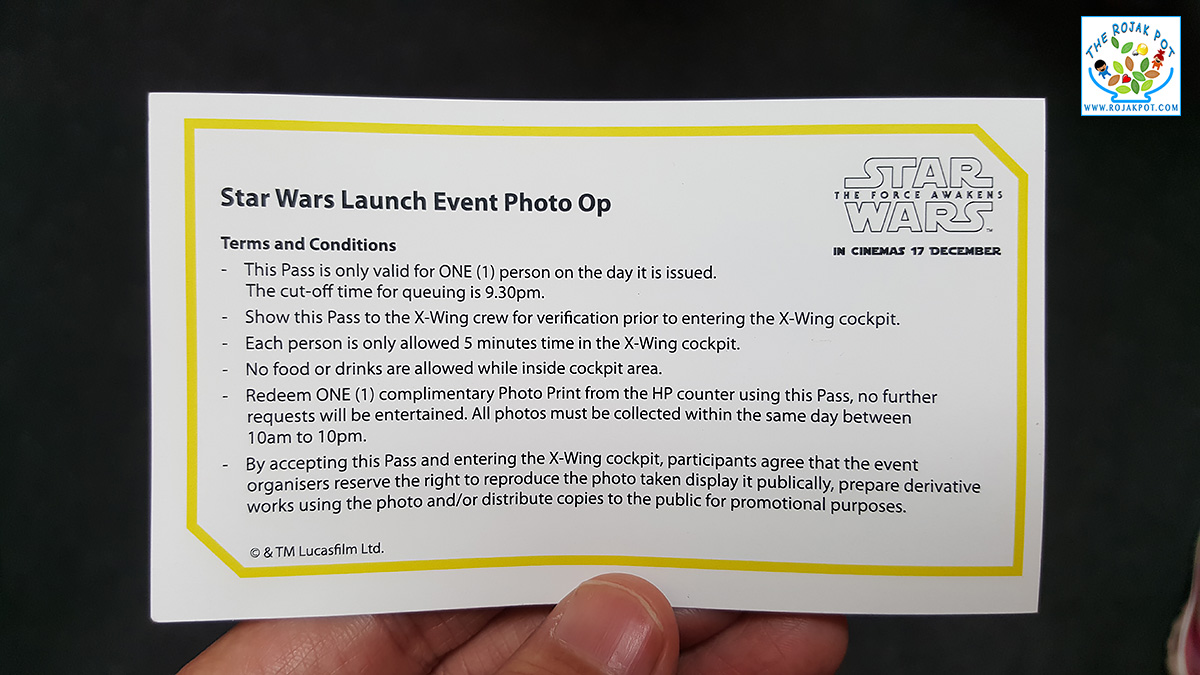 Once it’s your turn, you will be given up to 5 minutes to sit inside and enjoy the cockpit. You will also have your photo taken by the Walt Disney Company’s photographer. Of course, most people will only sit inside the X-Wing cockpit for no more than 10-20 seconds due to the crowd waiting for their turn.

What It’s Like To Sit Inside The X-Wing Cockpit

For those who cannot make it, or those who are wondering if it’s worth queuing up to sit in it, we have prepared a video of the experience for you. Check it out!

Once you are done, don’t forget to drop by the HP counter nearby. You will need to select your photo from the 2-4 photos that the photographer takes. The HP staff member will then print it out for you on-the-spot. Although the X-Wing crew members told us it would take up to an hour, the whole procedure only takes about 15 minutes. 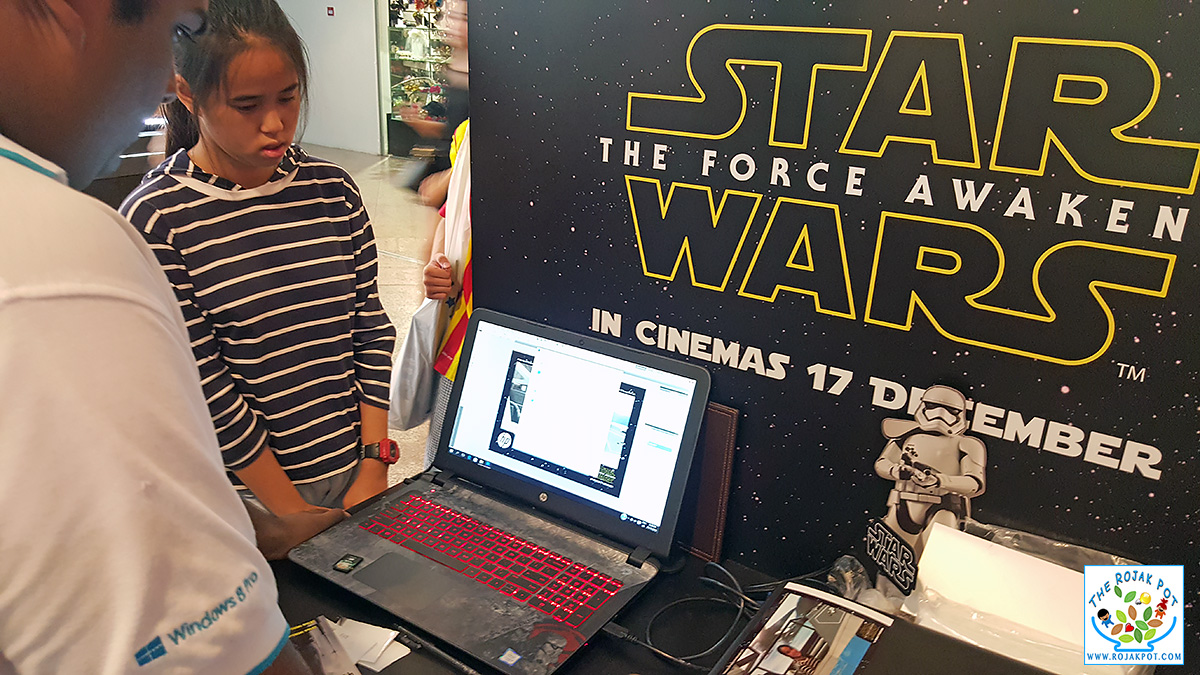